ELLIS ROSS --- Let me be clear, I’m 100% committed to ensuring a first or second choice vote for me is a vote for our TEAM of leadership candidates 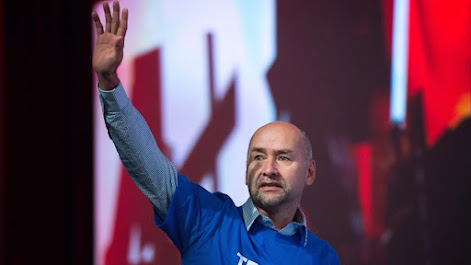 There are 7 terrific candidates in this leadership race. Any single one of them would lead a better government than the one we have right now.

I hope each of our leadership candidates puts their name on the ballot for our party in the 2024 provincial election. I know I will.

If you’re one of the thousands of BC Liberals who have already pledged support to me in this leadership race, I thank you from the bottom of my heart. But if you’re still undecided about your choice or if you’re struggling to decide which candidate to offer your support to, I have good news.

You can vote for all of us. Yes, you really can vote 7 times.

As you may know, the BC Liberal Party uses a ranked ballot system for voting in the leadership election. That means that when you vote you’ll get the chance to rank the candidates in order of your personal preference. All you have to do is type a ‘1’ in the box associated with your first choice, a ‘2’ in the box for your second choice, and so on.

Your second choice will only ever be counted if your first choice is eliminated. This process will continue until one candidate has earned enough votes to win. That means voting for multiple candidates – as many as 7 – doesn’t hurt your first choice’s chances of winning. It means your opinion carries even more weight as the votes are tabulated.

So please, if I’m not your first choice, can I count on you to make me your second choice by typing the number “2” in the box next to my name when you vote?

If you’re not putting me first, please allow me a moment to explain why I hope to earn your second vote. It’s simple…

If I win the BC Liberal leadership, my first official act as our leader will be to phone the other six leadership candidates to:


That’s why I believe I should be your FIRST or SECOND choice when you cast your ballot in this leadership race.

Let me be clear about this … I am 100% committed to ensuring that a first or second choice vote for me is a vote for our TEAM of leadership candidates.

I believe in a team approach to politics.

Let’s face it, our opponents in the NDP are tough, mean-spirited, and they play fast and loose with the truth.  Worst of all, they intentionally sow and exploit division amongst British Columbians for their own political gain.

If you agree with my TEAM approach to politics, I urge you to make me your FIRST CHOICE when you cast your ballot.

If you’re already supporting one of our other TERRIFIC leadership candidates, make me your SECOND CHOICE please.