DAN ALBAS -- As of January 1st, 2022 the EI premiums many Canadians pay will potentially increase 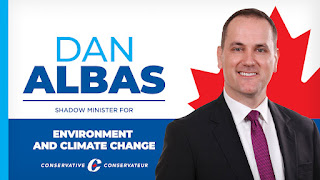 In a recent report, I referenced an exchange that I had in June of 2020 with the Minister of Employment, Workforce Development and Disability Inclusion.

In the exchange I was asking the question; “Can the Minister please tell us the current balance of the EI account?"

As it would turn out I never did receive an answer to that question from the Minister in question.

The PBO stated: “Given that forecasted EI expenses far exceed projected program revenues, the EI Operating Account is on track for a cumulative deficit of $52 billion by the end of 2024.”

Why does this matter?

As I pointed out back in my December 2020 report;

“by law, the EI premiums that Canadians pay must cover the expenses of the Employment Insurance program. If the expenses exceed the revenue, as is currently the case, the Government must, within a seven-year time frame, recover the deficit of EI funds that have been paid out.”

Why mention this now?

As of January 1st, 2022, the EI premiums many Canadians pay will potentially increase. Next year, on January 1st of 2023, when a two-year freeze on EI increases expires, EI premiums will increase again.

The EI increase for this year is based on the maximum insurable earnings increasing from $56,300 to $60,300. This works out to a maximum weekly EI benefit increase in from $595 to $638 per week.

Obviously, these EI premium increases mean many workers may have less net take home pay as a result.

In other words, at a time when many households may see net income drop, the purchasing power of your dollar will be less because of these inflationary pressures.

How much are you concerned about this situation?

Dan Albas ... is the Member of Parliament for the riding of Central Okanagan Similkameen Nicola and the Shadow Minister for the Environment and Climate Change. This riding includes the communities of Kelowna (specific boundaries), West Kelowna, Peachland, Summerland, Keremeos, Princeton, Merritt and Logan Lake.