ALBAS – Unfortunately, here in Canada we still do not have a detailed re-opening plan from our federal government 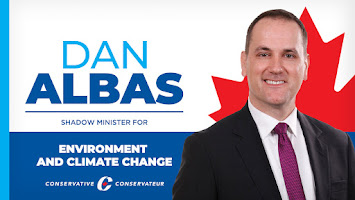 Unfortunately, here in Canada we still do not have a detailed re-opening plan from our federal Government

At the time I write this week’s report, British Columbia has received just over 2.93 million doses of COVID-19 vaccine. Of that, over 85% has already been administered, meaning approximately 2.5 million citizens have now received a single dose of vaccine.

With the population of slightly over 5 million B.C., this means we are not at a threshold where roughly 50% of our population has at least one dose of vaccine.

Canada wide, this number is not far behind, with 46% of the population now having received one dose of vaccine. In other words, Canada is now roughly halfway finished vacating one half of our population.

The question that's increasingly being asked is, what comes next? In the Unites States, the CDC has released guidelines that outlines many activities that are now considered safe and do not require mask wearing or social distancing.

In the UK there is now a four-stage roadmap that outlines the lifting of restrictions at each stage. In stage 3, for example, most businesses will be able to fully re-open. This week the UK intends to announce the country is now in Stage 3.

The EU is also in the process of creating a harmonized list of travel regulations and restrictions, as well as creating an electronic travel certificate.

Unfortunately, here in Canada we still do not have a detailed re-opening plan from our federal government. The Public Health Agency of Canada has recently posted some information but not to the level of detail needed by many Canadians.

As a result of this, the Business Council of Canada has written an open letter to the Prime Minister requesting a plan to reopen the Canadian economy.

This letter offers advice to the Prime Minister:

“Canadians also want to know when it will be safe to travel again to see friends and loved ones. To avoid rising levels of confusion and frustration, your government should collaborate with officials in the United States and other countries in setting benchmarks that would enable the easing of border restrictions and travel quarantines.

A clear and predictable plan for a gradual and safe return to a more normal life would instill public confidence while demonstrating concern for the physical, mental and economic health of Canadians. As business and community leaders we stand ready to work with you to ensure a safe and sustainable recovery.”

The intent of my report this week is not to criticize the federal government for a lack of a plan, but rather to ask a question to the citizens of Central Okanagan, Similkameen and Nicola.

When it comes to re-opening our local and national economy what are the concerns you would like to see addressed?