ADAM OLSEN -- Even though we are turning the page on another decade, heading into 2020, our politics remains a violent blood-sport


As I prepare to rest my pen for a few days, I was cleaning out the drafts folder in my blog. Over the past year, a few dozen dust bunnies have accumulated and I decided to go through them and see what was there. Among the forgotten posts was one that I thought was worth resuscitating.

It's about governance, politics, people, parties and what motivates and inspires them.

While the original post was languishing, I think there is a freshness to the content because in both the provincial and federal legislatures we have minority governments. 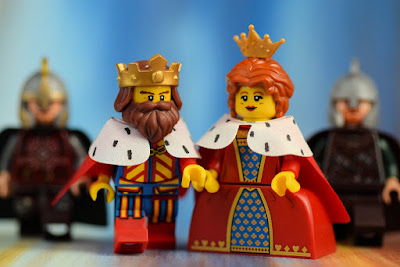 On a recent political panel, I heard the pundits debating how long the federal government might last. While there were varying opinions of the timeline, there was agreement that an election was most likely going to happen at the first moment that Prime Minister Justin Trudeau senses he can win a majority government.

I see we are still playing kings and queens.

The pursuit of power and collecting as much of it as possible into the fewest number of offices as possible seems to be the primary goal of our leaders. Or, at least our political parties. There was also consensus at the pundit table around the idea that Trudeau would leverage his current position to give enough goodies to Quebec and undermine his opponents on the left to advance his position. These are the tactics of generals.

Rob Shaw and Michael Smyth are veteran members of the British Columbia Legislative press gallery. Shaw scribes for the Vancouver Sun and Smyth for The Province. They also co-host a podcast called In the House.

In a recent episode they were talking about the BC Green Party leadership and one thing was clear; there are strong opinions about how the BC NDP will waste no time in trying to "wipe the Greens off the face of the earth." It was followed shortly thereafter with a simply worded question about the future of the relationship between the BC NDP and BC Greens asking how we can be "so close to someone who wants to kill you."

This caught my attention because it is intensely personal, of course. Thankfully, our system has evolved just enough that the killing Shaw refers to does not mean my physical death - just my political one. Even though we are turning the page on another decade, heading into 2020, our politics remains a violent blood-sport. What about our governance?

In all of this political posturing and positioning there is little discussion about the important issues that require an attentive government. Everything now is about votes ... how to win them, how to lose them, and how to keep them.

It's no wonder that people are tiring of politics and have a growing mistrust of government. This needs to change, I have been in this business a long time and I have never known a solution to be found by counting votes.

All those new Parliamentarians who are just showing up on the federal political scene might not think much of it. It is the culture we are elected to. It's the culture in our political parties, and institutions, and as individuals -- we are vulnerable.

More importantly, and to the heart of this post, our society is weakened because of it. It's easy to just slip into the culture of how business gets done. After all, the hard work of getting elected is over and the backroom strategists were successful, so why not leave the more difficult work of governing to them as well.

Rather than evaluating our job by whether we are actually improving the quality of life of our citizens -- or our relationship to the environment  -- or increasing the chances of the small business owner to succeed -- political parties instead focus on positioning themselves to have the best talking points for the next election.

The external narrative is focused on how the politicians want to "wipe each other off the face of the earth", and the press gallery is eager to rub their hands together and generate some heat on the narrative.

I remember back to my days at Applied Communication at Camosun College, where the media were trained to focus on blood, because we are all taught that "if it bleeds, it leads." 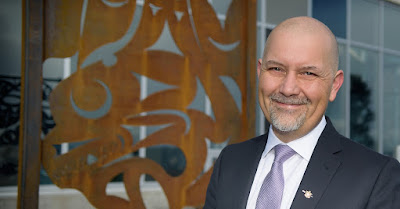 As we get closer to the end of 2019, I have been thinking about my resolutions for 2020. As we discuss and debate questions about leaders, leadership and political relationships, I want to change the whole narrative.

I don't want to play kings and queens anymore: too many people get hurt and only very few will benefit.

I have ideas, and I look forward to sharing them in future blog posts.