BCs new better beverage tax means ... NO tax on that big caramel-mocha-frampa-cappa-coffee ... but YES to a bottle of water 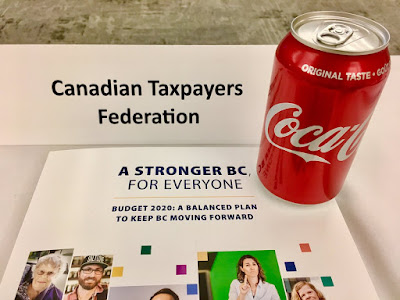 USED WITH PERMISSION of the author, BC Director of the Canadian Taxpayers Federation, Kris Sims

The British Columbia government is using a seven per cent tax to make you make better beverage decisions. But study hard because this multiple-choice test isn’t easy.

The tax hits pop. Obvious, right? But it also hits pop that doesn’t have sugar, such as diet pop and fancy pop sweetened with stevia. What about that big caramel-mocha-frampa-cappa-coffee with the quadruple pump of hazelnut syrup and whipped cream with sprinkles? There’s lots of sugar, but no tax. And, for the bonus question, if you’re at the vending machine and pick water, you win, right? Nope – the sugar tax hits that water too.

Here’s the kicker: studies show taxes won’t make you skinnier, but they do make governments a lot of money.

B.C. Finance Minister Carole James announced the new pop tax during the 2020 budget presentation. The sweetened drinks tax will pour $37 million out of taxpayers’ wallets and into the brimming tankards of government.

This new tax is fizzing over with problems.

While B.C.’s new seven per cent tax on sweetened drinks doesn’t apply to expensive sugary coffee drinks, it inexplicably does apply to other drinks that contain zero sugar


Pop taxes don’t work as advertised. They’re supposed to reduce consumption of pop and sugar – but they don’t.

Mexico tried doing this in 2014. For a short time after the national tax was introduced, pop consumption dipped. Soon, however, it bubbled back up again to pre-tax levels.

When Philadelphia tried a pop tax in 2017 it backfired. Its pop tax hit the downtown core, but not the suburbs. Those who could afford cars dodged the tax by driving to the ‘burbs and loading up on the tax-free sodas. Only lower-income people in the inner city paid the tax.

Some of the inner-city grocery stores couldn’t absorb the loss of the business and closed. These downtown stores were often the only source of fresh fruits and vegetables. When they closed, poor people had less access to good groceries.

People in B.C. routinely cross the border for cheaper gas. And cheese. And beer. How hard would it be to pop a flat of pop in the trunk?

Not only will the B.C. sweetened drink tax not work, but it’s also unfair.

A fancy $6 mocha coffee drink from a hip coffee shop has 52 grams of sugar and 370 calories for a medium.

This is a tax that scolds food choices and it’s a tax on the working poor.

While B.C.’s new seven per cent tax on sweetened drinks doesn’t apply to expensive sugary coffee drinks, it inexplicably does apply to other drinks that contain zero sugar. Diet colas sweetened with aspartame and even fancy pops with natural sweeteners such as stevia are getting hit with the sugary drink tax.

Anything coming out of a pop tower, a soda gun at a bar or a mixed vending machine will get this tax; the moment you buy that fountain drink cup from a fast food place you’re paying the tax, even if you fill it with soda water or orange juice.

But wait, there’s more. If you buy a bottle of water from a vending machine that also sells pop, you are paying the sweetened drinks tax. On water.

We’ve learned from experience in other places that pop taxes don’t reduce consumption, therefore, they don’t help the government’s purported fight against obesity.

All they do is sweeten the deal for government, and cost taxpayers millions of dollars. 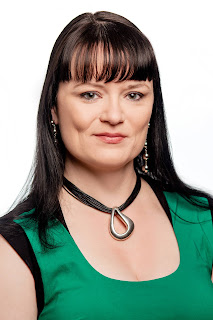 Born in the town of Hope and raised on both sides of the Strait of Georgia, Kris has been employed (and taxed) since she was 12 years old.

Kris worked in radio in the Comox Valley before moving to Ottawa to work as a legislative assistant on Parliament Hill. She then joined Ottawa News Talk Radio 580 CFRA as a reporter and anchor, eventually becoming a journalist for the CTV parliamentary bureau.

Kris was a founding reporter for Sun News Network and proudly covered issues of big government, personal liberty and the rights of small-town and rural Canadians until SNN was shut down. She then worked as the director of communications for Veterans Affairs Minister Erin O’Toole, and as the senior producer for Evan Solomon at CFRA Radio.

She is proud to return to her home of British Columbia to fight for the rights of all taxpayers.