When you survey the present political scene, at least from my vantage point, disappointment awaits on all fronts.

In my home province, a major inquiry report into the Muskrat Falls Hydro Project has just been released. 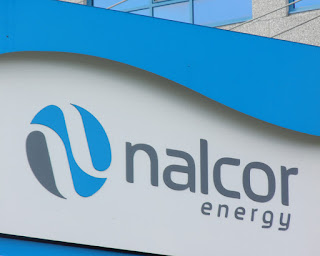 This is the project that has seen its capital cost go from $6.2 Billion to $12.7 billion. A project, that in its failure, subjects the Province to near bankruptcy (saved because it is a province of Canada) for years to come. A project that sees the residents of the neighbouring province of Nova Scotia pay less for Muskrat Power than the residents of Newfoundland, and Labrador, the province in which the project resides and under whose authority it was commissioned and executed.

The report is damning and demonstrates the incompetence and deception underlying the project’s execution. It actually says that Nalcor Energy, the Crown Corporation implementing the project, deliberately withheld information from the Government.

It says the Corporation failed to adhere “to the core values of open communication, honesty and trust, or accountability in their discussions and communications with GNL [the Government of Newfoundland and Labrador] and Nalcor’s board of directors.”

And as for the Government of Newfoundland and Labrador the report says:
‘Although it had publicly professed that a business case for the project would have to be established, in effect GNL had predetermined that the project would proceed. In so acting, GNL failed in its duty to ensure that the best interests of the province’s residents were safeguarded.’

So, the fallout? Who gets fired?

Looks like no one as of this writing; so, the dishonesty continues

In like manner on the federal scene we have a Parliamentary Committee of the House of Commons effectively shut down any investigation of the Ethics Commissioner’s Report on the law breaking of the Prime Minister of this country, and the sordid details of the SNC Lavalin fiasco.

The Liberal MP’s, no doubt instructed by the Prime Minister’s minions, and a Bloc MP from Quebec, of course, have voted to halt any parliamentary follow up on the Commissioner’s report. This follows up on earlier behaviour by a Parliamentary Committee which refused (blocked by a Liberal majority) to hear additional testimony from former Attorney General Judy Wilson Raybould on the scandal -- and the refusal by the Government to allow certain witnesses to be interviewed by the Ethics Commissioner in the operation of his inquiry.

And now we learn that certain information, that pertains to new legislation on assisted dying, was leaked to the press violating the rules of Parliament.

So, the dishonesty continues.