FRANK LEONARD -- Filling in the blanks on the bucket list, I found it ironic that although I thought of things I’d like to do someday, I had not written them down


The emergency room surgeon said “we’re going to stop your heart and let it restart.”

I had two thoughts: one was a quote from Monty Python; and the other was that I still had things I wanted to do.  The IV went in; my brain heard my heart slow down – like the sound a record makes when the turntable is turned off – and then silence.  And then, restart and all is good...and I tell myself to write down my bucket list. 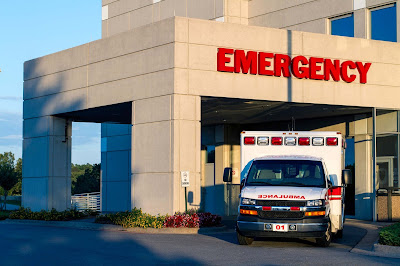 Let me fill in some blanks. On the medical front, I had the first episode with my heart in 2012.  I’d been battling another sinus infection but my heart rate increased so I went to the local clinic – booked in, waited my turn, and then told the Doctor my heart seemed fast and I was short of breath.

Ambulances arrived and during trip to the hospital the paramedic kept reporting ahead for our arrival with ‘he’s the Mayor, and he’s 58.’ – neither of which I thought was important given the all the wires attached to me.  Anyhow, they got the heart settled down and the cardiologist later deemed I had SVT and should avoid over-the-counter meds for my sinus problems and other such stimulants.

All was good until August 2018 as I was approaching the 16th hole with my buddies and the heart took off again.  Being a ‘dumb-ass male’ I finished my round of golf (albeit putting poorly with my hands shaking) and drove myself home (because I didn’t want to draw attention at the municipal golf course.)  This time 911 lead to two ambulances and a fire truck in our driveway and many failed attempts to slow the heart down.

Before leaving for the hospital, one firefighter asked if I’d run for Mayor again in the fall – I thanked him and his colleagues for the support over the years but said I had moved on to other priorities! 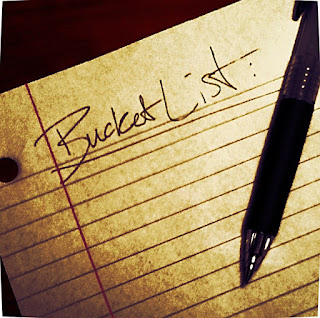 And then came the first time they stopped my heart so it could return to a normal rate – other times I was able to reset it myself ... such as in the Toronto airport, while in Emergency but accompanying my father, and even at Disneyland.  Finally, when an emergency room doctor stopped and restarted, it only to have the rapid heart rate return within a minute or so, I was told I would need surgery.

Filling in the blanks on the bucket list - I found it ironic that although I thought of things I’d like to do someday; I had not written them down; ironic because in my governance roles I am disciplined about goals and objectives for the board and for management.

In fact, with management, their income depends on it.  Also, surprising since I have always had ‘five-year plans’ for my personal, business and political life.  These I never shared with others but the ‘plan’ gave me the discipline to focus on the education, business growth and political goals I set for myself.  Yet I had never written down a list of what I’d like to enjoy ‘before I’m done.’

In the year since my surgeries, I’ve been to a PGA tournament and a Barrett Jackson car auction, seen ‘Hamilton’ and ‘Come from Away’, gone to Keith Urban and Bob Seger concerts, and more.  And I am certain that I would not have done so if I didn’t look at the list on the corner of my desk every morning.

Now granted, I am at a stage in my life and have the means to pursue this list – but it also includes ‘see kids and grand-kids’ and ‘exercise and diet’ – which are goals without a price tag, at least not a traditional one.

So this time my ‘lesson in leadership’ is about applying the same discipline that you apply to your career, education, boards and councils to your own ‘bucket list’ – the things you’d like to do before your heart stops ... just in case it doesn’t start again.