As to specific examples of where the voice of Metis people has been instrumental in the development of education resources, I was informed that, ‘work was in its early stages’

Who are the Metis?  Metis Nation BC describes the historic Metis as:

… a distinct people and nation on the plains of western North America during the late 1700’s.

As the fur trade expanded westward many of the employees, who were of European origin, found it both necessary and convenient to establish familial relationships with First Nations women. These relationships resulted in children of Mixed Aboriginal ancestry. Although the fur trade companies eventually adopted a policy of discouraging such unions between employees and First Nations, they also had an economic interest in delaying large-scale agricultural settlement, thereby limiting the choice of marriageable women for the fur trader in the North West.

As a result, Mixed Aboriginals married other Mixed Aboriginals and they developed a culture that was not European, nor First Nations, but rather a fusion of the two cultures. Historians refer to this fusion as “Ethnogenesis.”

As such, it is clear that the Metis are very much a unique and identifiable people.

In Manitoba, the Standing Tall program was developed by the  (MMF) as a three-year pilot program to research the effects of community involvement in education.

I know that over the past several years the BC government, has been actively working towards presenting a more balanced look at the history of our province, and the role First Nations people played in it.  With that in mind, I wondered the BC Education system has something similar to Manitoba’s Standing Tall program, and if not, is it was something being looked at and considered

A spokesperson from the Education Communications Office indicated to me that … education is a powerful tool for Reconciliation.  They went on to state that … we are building Indigenous content and perspectives into all grades and all subjects – from math, to science, to literature.

As to something more specific, such as the Metis Standing Tall Project in Manitoba?

“We are working with Métis Nation BC to ensure their voice is part of decision making and thinking about what to include in teacher resources to support curriculum”, they stated.

And as to any specific examples of where the voice of Metis people has been instrumental in the development of education resources?  I was informed that … work was in its early stages. Additionally, I was led to understand that it … might be worth checking back a few months down the line.

Regardless, a number of additional opportunities have opened up for Metis People to have input into both K to 12 … and Early Learning.  For starters, Metis Nation BC was involved in developing the ministry’s new Early Learning Framework.

According to the Ministry of Education, this document, which is currently undergoing an up-date, is there to guide and support those involved in early education, by providing rich early learning experiences for children from birth to age 8. The framework, provides a focal point for dialogue among British Columbians, and creates a common language and greater understanding of the vital importance of early learning for all young children.

I had already begun work on this piece, when the BC government announced a new program that dovetails, it would seem with what is currently in place.  With an announcement made on Friday, of a new partnership between government and Métis Nation BC, the BC Aboriginal Child Care Society and the BC Association of Aboriginal Friendship Centres, there will soon be new planning supports and programs for indigenous children.

Included in the supports will be 11 new early learning and child care planning and navigator positions to help address the specific needs of Indigenous children, families and communities throughout the province.

When I asked the Ministry of Children and Family Development about the positions, with regards to the Metis community, and where they were to be located, I was informed that: 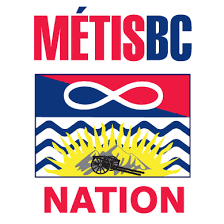 Commenting on the new program, with regards to the new early learning and child care planning and navigator positions, Colleen Hodgson, Metis Nation BC Director of Education indicated:
“Métis Nation British Columbia and the Ministry of Children and Family Development are committed to Métis children and families in British Columbia”.

She continued, “The Métis early years navigator program is a partnership that will connect Métis children and families to culturally relevant, self-empowering programs and supports throughout the province.”

“All of our work with Indigenous peoples needs to be based on the recognition of their right to self-determination,” said Katrine Conroy, Minister of Children and Family Development.

She then went on to say, “These new positions acknowledge that planning and support to families belong in the hands of Indigenous peoples.”

I did endeavour, on several occasions, to follow-up with Métis Nation BC to get a more complete picture of what the involvement of their organization looks like.  Those things include … information on involvement in curriculum development ... further involvement they feel will be important for the government to consider ... and what Métis Nation BC feels about any input they’ve had to date ... and finally how input from Metis people, in education curriculum, differ from Indigenous First Nations people (or would it differ?

Regrettably, I have not been able to have comment on these things.

Regardless work is ongoing to ensure there is a better representation of the history of First Nations, and Metis people, in BC’s education program … and that is as it should be.