A recent addition to my podcast library is "Finding Mastery with Michael Gervais." Gervais is a high-performance psychologist. His list of clients is impressive, and it includes Seattle Seahawks Head Coach Pete Carroll.

Steve Kerr, Head Coach of the NBA's Golden State Warriors and former player for the San Antonio Spurs and Chicago Bulls, was Gervais most recent guest at the time of my introduction to his podcast.

It was one of those "coincidental" moments. Just a few days earlier someone asked me "if the B.C. Greens were the Chicago Bulls which one would you be?" (It's a long story, but that is what happened.)

"Steve Kerr!" I said without hesitation. Well, after listening to Kerr talk about his philosophy and process, it's a good answer. Kerr has won eight NBA championships. Three as a coach, and five as a player. He's coached his Warriors squad to four straight NBA Finals.

Leading through the issues

In politics, it is easy to get caught up in each and every issue. There is always an issue-du-jour. It is incredibly easy to react to one, and then the next, and the next, matching the level of outrage that pours freely into the inbox.

But that is not helpful. Nor is it leadership.

So, how does someone like Kerr end up in the NBA Finals so often? Establish a process, and then practice it.

In the end, Kerr's teaching and his process is really simple. First, identify the vision. Define the three or four values that are the source of your inspiration.

For him, and his championship Warriors team, it is joy. As he mentions in the podcast, if you watch his top player Steph Currie play the game, joy flows from him like a kid on a playground.

For you, and your team, it could be anything. But I like joy. Especially, in my line of work. It is so easy to be pulled down by the weight of each and every issue.

Second, share the vision. Make sure everyone on the team knows what the vision is and the values it is founded on.

Finally, and much to the chagrin of Allen "No-Championship" Iverson, practice. Practice the vision. Every day, in every thing you do. Practice. 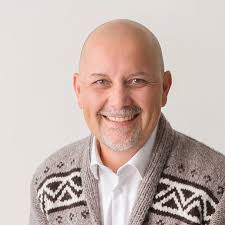 Find the four or five things that are most important to you in your life. Define the values that you hold most dear, and then practice those things everyday.

Born in Victoria, BC in 1976, Adam has lived, worked and played his entire life on the Saanich Peninsula.

He is a member of Tsartlip First Nation (W̱JOȽEȽP), where he and his wife, Emily, are raising their two children, Silas and Ella.