ROTHENBURGER: We need to choose our words well. We can’t assume our clever remarks are always interpreted the way we mean them. Some will take them literally when they shouldn’t. They’ll hear what they want to hear


CLERK OF THE PRIVY COUNCIL Michael Wernick said Thursday what everybody else has been thinking but hasn’t wanted to say. 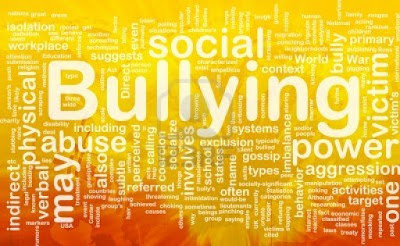 “I’m worried that somebody is going to be shot in this country this year during the political campaign,” he said during testimony to the Commons justice committee.

He was supposed to be there to talk about the Wilson-Raybould affair but took the opportunity to express his deep concerns about what’s happening to Canada. For his effort, he’s been accused in the media of being partisan, but I say, thank you.

We all seem to be afraid of talking about the ultimate potential result of the verbal bullying that has become a part of life in this country, and others — that if we refuse to rediscover civility, leaders are going to be targeted by lone-wolf zealots who take loose talk as license to commit violence. They will see themselves as heroes.

A prime example lives south of our border. Many worry about the safety of Donald Trump but nobody says it for fear it will provide encouragement to the crazies who think they can solve everything with guns. But we need to acknowledge it.

We need to understand that using the wrong words, or using them poorly, can be as dangerous as using them in anger.

Wernick referred to the “vomitorium of social media” and the role politics plays in extremism. I like that word “vomitorium.” I confess it’s one I hadn’t heard of before. It comes from the Latin word for “spew forth,” and was the term used for large exits from arenas designed to efficiently move crowds in and out, but came to be mistaken as referring to places the Romans went to vomit, presumably after a drunken party.

“Vomitorium” conjures up vivid and appropriate images of the questionable wisdom spewing forth from social media these days.

He was obviously referring to the rampage by a man who killed 10 pedestrians with a van last year on the streets of Toronto, and to the exhortation by Conservative Senator David Tkachuk at the “United We Roll” pro-pipeline rally on Parliament Hill: “I know you’ve rolled all the way here, and I’m going to ask you one more thing: I want you to roll over every Liberal left in the country.”

Tkachuk defended his remarks by saying he meant it “figuratively, not literally,” and that everybody at the rally knew that. Though it’s impossible to know what everybody else — whether at the rally or hearing his speech later — thought he meant, he most certainly could not be suggesting Liberals be targeted for violence. In fact, Wernick’s use of the Toronto tragedy in the same breath as Tkachuk’s unfortunate remark was a bit much, but it highlights the problem.

We need to choose our words well. We can’t assume our clever remarks are always interpreted the way we mean them. Some will take them literally when they shouldn’t. They’ll hear what they want to hear.

So, how about this? How about we think before we talk?

Wernick went further: “I worry about the rising tides of incitements to violence when people use terms like ‘treason’ and ‘traitor’ in open discourse. Those are the words that lead to assassination.”

He’s right that we throw such words around much too freely. When Prime Minister Justin Trudeau was in Kamloops a few weeks ago, the so-called Yellow Vests — which have been associated with the “United We Roll” convoy — showed up with placards accusing him of treason. That’s free speech but free speech isn’t always used for the best reasons.

I don’t believe the folks who roll and rally and wave placards want bad things to happen to people but Wernick was issuing a warning that language is imprecise. We aren’t very good at using it. We use the wrong words, and we put them in the wrong places. We make assumptions, often incorrectly, that others have the same background on issues as we do, that we come from similar experiences and, therefore, understand things in the same way.

We make accusations without thinking twice about what we’re really saying. Words hurt. Words incite. They provoke hate. And they can trigger the worst kind of actions.


This week came news of 100 gravestones in a Jewish cemetery in France being desecrated, followed by a rash of anti-Semitic comments on social media. It’s disgusting and it’s happened before, including in Canada. When it happens, we condemn it, but it’s increasing.

Just as cemeteries are an easy target for haters, words are an easy weapon. If it happens often enough, it begins to feel normal, and that’s when it becomes really dangerous.

Politicians and the media have to re-examine what their own roles should be in dampening down this tide. The responsibility, though, is a collective one.

If we don’t all start being more careful with what we say, Wernick’s fears might turn out to be justified. Use the right words, and we can put a stop to it. 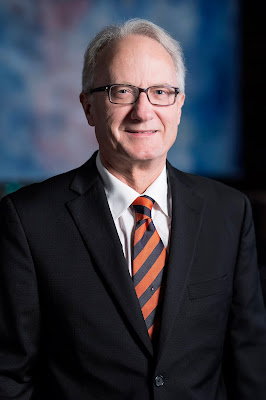 About Mel Rothenburger (aka The Armchair Mayor)

Mel Rothenburger is the former Editor of The Daily News in Kamloops, B.C. (retiring in 2012), and past mayor of Kamloops (1999-2005), and previously served as Chair of the Kamloops School Board and Chamber of Commerce Director.
He was elected Director for Electoral Area P in the Thompson-Nicola Regional District in November 2014, and continues in that role.


He can be reached at mrothenburger@armchairmayor.ca.