A couple weeks back (February 9th) a BC government media release stated, “2019 carbon tax relief grants open for greenhouse growers”.  I shared it on social media, and a former BC government MLA promptly stated to me:

“It just puts growers in a financial position similar to not having to pay the carbon tax. They’re lucky to get this “break”.

He continued, “The cement industry has been wanting the same thing, without success. As a result, more and more cement is coming in from Asia.” 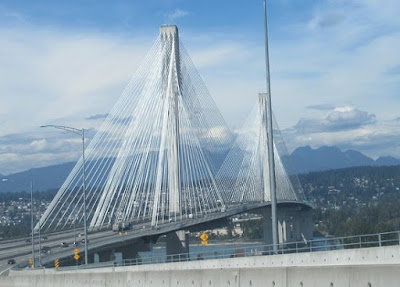 That had me then wonder indeed what impact the carbon tax had on the cement and concrete industry in BC?  According to Lyse Teasdale, Director of Communications for the Cement Association of Canada (CAC), she informed me this afternoon that:

“Although it is sometimes difficult to define direct impact, only about 5% of the cement used in BC was imported before the BC carbon tax was introduced in 2008.”

She continued, “However, since then, the level of imported cement brought into BC has at times reached close to 40% of the market, and is now at around 30%”

This is an issue which has concerned the Cement Association for a number of years.  In February of 2014, the association indicated that local producers had lost nearly a third of their market share to imports ... following the implementation of the carbon tax in 2008.

For an industry which has in the past created over 2,000 family sustaining careers – losing 30% of that workforce is a large hit.

And while this BC Caron Tax has been applied to all domestic producers here in our province, imported cement from the US and Asia rolls in exempt from the tax.

February’s 2014, OnSite magazine shared Michael McSweeney, CAC president and CEO, comments that the way the carbon tax was currently structured at the time, it was jeopardizing the sustainability of B.C.’s cement industry.

“That the government of B.C. has chosen to not correct the critical deficiency of the carbon tax after having acknowledged that it is not working is very disappointing,” he said. “We have been working with government officials to find a solution for six years, and we will continue to look for opportunities for further discussions.”

Fast forward to 2015, and still no changes have been made to even the playing field.  The CAC then noted that, with local manufacturers facing higher costs under the carbon tax, cement imports from jurisdictions without a carbon policy have risen significantly, as have the Green House Gases (GHGs) associated with transporting that cement from foreign markets.

And that is still the case.

Meantime, back to that February 9th media release announcing ... applications for carbon tax relief grants for the 2019 production year for eligible commercial greenhouse operators are now open and will be accepted until March 29, 2019.

Meantime, according to the government, when it comes to BC’s agriculture industry ... the goal is to create opportunities for B.C. farmers, seafood producers and food processors that include export markets, while focusing on a thoughtful, planned approach to growing the domestic market.

A planned approach that provides a carbon tax rebate, allowing for lower production costs (great for BC residents) and also allowing lower costs for the export of agriculture products grown in greenhouse conditions.

But what about BC's cement industry ... which continues to take a hit of 30 to 40% of production and its workforce?  An industry which has in part been over-run with cement products sourced from outside BC --- all of which are exempt of course from paying BCs carbon tax?

The BC carbon tax, currently at $35 per tonne, is paid by the industry on fossil fuels such as gasoline, diesel, natural gas, etc – and it will soon increase to $40 / tonne. This will be followed by additional $5 increases each year until it hits $50 in 2021.

No relief in site for BC cement industry however, as there is for greenhouse growers.

Lyse Teasdale, from the Cement Association of Canada (CAC), informed me that:

The figures we have suggest that there are some 23,000 direct and indirect jobs in the industry in BC, and the cement and concrete industry is responsible for about $11 billion in direct, indirect and induced economic impact.  The industry along with its employees pay significant fees and taxes at the municipal, provincial and federal level.

Meantime the BC Government, and WorkBC indicated the greenhouse and nursery workforce had employment of 2,630 job in 2018 (although the greenhouse growers association claims 3,500) ... at an average annual income of just over $26,000 ... and an estimated value to the BC economy of $699 million.

It also speaks to the need for fairness when it comes to carbon tax credits being applied evenly across BC manufacturing and agriculture industries.  That continued unfairness, as you will recall, has led to a loss of one-third of the cement industries market share.

Two things need to happen, either together, or separately.


For approximately a decade now Carbon Tax relief has been available to the agriculture industry, and with the Canadian cement industry working hard towards improving its impacts on the environment, these grants should also available to them.

23,000 direct and indirect jobs are part of the BC economy ... and BC cement industry can’t afford to lose anymore of these high paying, family supporting, jobs.

I’m Alan Forseth in Kamloops.  If you have any thoughts on this, or anything else you read on the blog, I welcome you to share them in the Comments Section below.