ADAM OLSEN: From the public’s perspective this is easily perceived as yet another example of a politician, and as it turns out a political party, putting their interest ahead of the public interest


Two things here. Their attempt to own this issue while spending the better part of five years ignoring it, is a perfect illustration of politicians serving their own interests, not the public interest.


More on that in a minute.


The narrative built to a crescendo of questions raising the spectre of a conflict of interest of one member of the Select Standing Committee on Crown Corporations.


The task of the committee is to recommend regulations to the Minister of Transportation on four key areas. What was brought out into the open yesterday, is that the father of an NDP member of the committee, MLA , owns a taxi license in Greater Victoria.


Well, that is headline material and the media gathered outside the doors of the Chamber to be the first to write it.

First, transparency and accountability. I was not told, and from her responses yesterday, it appears the Minister also did not know, of Mr. Kahlon’s connections either. This diminishes trust in government and undermines our important work of creating a regulatory framework that ensures ride-hailing is operating in our market while protecting consumer safety.


Second, public interest. From the public's perspective this is easily perceived as yet another example of a politician, and as it turns out a political party, putting their interest ahead of the public interest. That is why even a perception of a conflict is often too much. This was the first point made crystal clear to me as a rookie Councillor in Central Saanich, ten years ago.


Frankly, this is the on-going challenge with ride-hailing. The B.C. Liberals are desperately trying to own a populist issue they have no business getting any credit for. Their government was just as obstructionist as they claim the B.C. NDP are being. And, they were protecting the same special interests they claim the government is protecting.


Their righteous indignation on this issue makes me nauseous.


So, the media wants to know, as I imagine you do. What about Kahlon? Is he in a conflict of interest?


I don’t know. That is what we have a Conflict of Interest Commissioner for. Indeed, his only job is to investigate and rule on whether Members are in a conflict of interest. 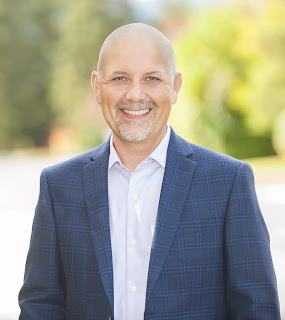 Above all, it is my hope is that we can get this issue sorted out before our next meeting of the Standing Committee in two weeks. As a member of the committee, my focus is the public interest. We must get recommendations to the Minister that ensures the public has access to ride-hailing by the end of the year. Frankly, everything else is a distraction.


The game of political football between the BC Liberals and BC NDP, punting this issue back and forth in an attempt to score the most points, is ridiculous. Everyone knows you can't score points from punting!


Born in Victoria, BC in 1976, Adam has lived, worked and played his entire life on the Saanich Peninsula. He is a member of Tsartlip First Nation (W̱JOȽEȽP), where he and his wife, Emily, are raising their two children, Silas and Ella.