FIONA FAMULAK: By wielding a legislative hammer to bring in an unjustifiable policy for the construction industry, Premier John Horgan’s government is implementing a solution that is looking for a problem

Preying on fear and pulling on the public’s heart strings will never make a prescriptive and regressive policy a good public policy.

Yet, that’s exactly what the NDP government and B.C. Building Trades unions are doing as they work to sell voters on the need to build key infrastructure projects under a Community Benefits Agreement (CBA). 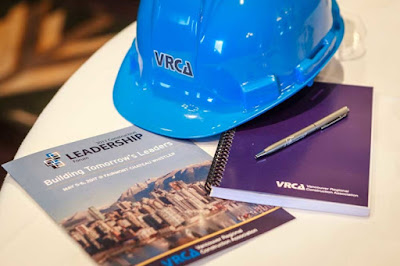 Between them, they are touting benefits such as good-paying local jobs, increased hiring of women and Aboriginal workers, quotas for apprenticeship training, and labour peace as reasons to support the CBA.

While our association supports creating opportunities for women, Aboriginal workers and under-represented groups, the Vancouver Regional Construction Association does not support this CBA because of the way it was negotiated, the way it’s being rolled out, and its potential impact on the construction industry and B.C. taxpayers.

That’s not a partisan criticism of an NDP policy. As an independent, non-partisan organization representing both union and open-shop companies, we would make the same statement regardless of which political party is in power.

Our issue is that this CBA is an exclusive agreement between two signatories — the provincial government’s Crown corporation and the select trade unions. There was a lack of full industry consultation during its negotiation.

It includes an embedded project labour agreement, requiring all tradesmen and tradeswomen working on a CBA project to join the prescribed union and all companies working on CBA projects to secure their labour from the Crown corporation.

We are not concerned about who builds B.C.’s infrastructure — union and open-shop construction companies have successfully engaged each other for construction services for decades — but rather how it gets done.

Sadly, the rationale for the labour agreements is based on assumptions that don’t hold true.

B.C.’s construction industry needs to attract 14,600 additional workers to meet peak market demand between 2019 and 2021. Over the next decade, it will need to attract 25,000 new workers to keep pace with demand and retirements.

Finding new workers will not be easy.

B.C.’s unemployment rate last month almost equals the lowest rate recorded in the past 40 years. At 4.6 per cent, our unemployment rate is close to what economists refer to as “full employment.” This means there is a scarcity of job seekers in B.C., and with only one in every 45 students entering a construction trade program out of high school, we need a strategy to grow our skilled workforce.

The project labour agreement will not grow our workforce. Instead, it will move skilled workers from their current employers to the new Crown corporation, leaving those employers with the challenge of rebuilding their workforce. In simple terms, the agreement will rob Peter to pay Paul. Our members tell us this is starting — B.C. Building Trades’ representatives are already trying to poach workers from construction sites.

The agreement also presumes that unions should be the source of industry training and ignores the apprenticeship programs that many union and open-shop construction employers already have in place. Our members recognize that an ongoing commitment to training and apprenticeship development is essential to sustaining a skilled workforce over the long term. Had industry been consulted, we would have explored what more we could do to reach the government’s targets for apprenticeship training.

Industry would have also talked about the efforts already underway to increase recruitment from groups traditionally underrepresented in the current construction labour force, including women, Indigenous workers and new Canadians.

Another assumption that doesn’t hold true is the B.C. Building Trades’ claim that the project labour agreement is needed to ensure construction of the Pattullo Bridge or widening of the Trans-Canada Highway is not disrupted by strikes. The truth is, the construction industry has enjoyed labour peace for more than 30 years.

With regards to how the project labour agreement is being rolled out, we have serious concerns about the lack of details coming from B.C. Infrastructure Benefits Inc. — the Crown corporation created as the employer and source of labour for CBA projects.

Construction companies need to know how the labour agreement will work operationally. If they don’t have the details, they will be forced to submit their bid without a complete understanding of project risk — if they choose to bid at all. Either scenario can only drive up the cost of construction.

There are numerous opportunities for industry and government to work together to achieve our mutually held goals. However, so far, government has opted to go it alone and negotiate a deal excluding a key stakeholder — construction employers.

By wielding a legislative hammer to bring in an unjustifiable policy for the construction industry, Premier John Horgan’s government is implementing a solution that is looking for a problem. It’s why the Vancouver Regional Construction Association has joined a coalition of like-minded business organizations to challenge the policy in court. British Columbians deserve better. 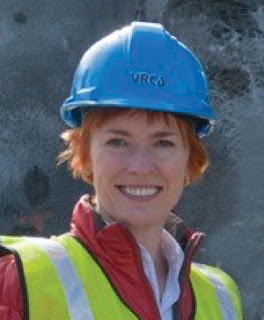