FELDSTED: Perhaps government can ignore the thunder of economists, but the lightning of insolvency is not as easily put off


Economics 101 tells us high public debt is bad. But what if the textbooks need updating?
Kevin Carmichael ~~ Financial Post ~~ February 5, 2019

Higher deficits today mean higher taxes tomorrow,” Pierre Poilievre, the Opposition finance critic, wrote in a column for the Toronto Sun at the end of November. Economics 101, albeit with a partisan twist. 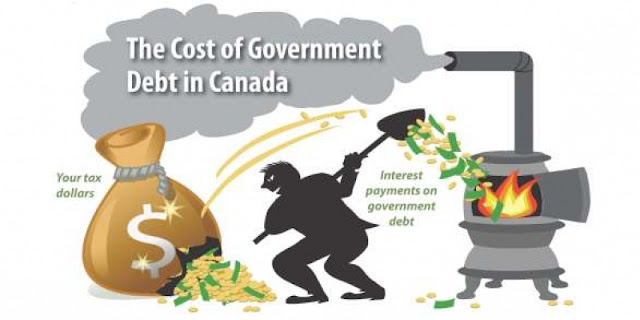 But what if the textbooks need updating?

As the federal Conservatives seek policy inspiration in their old university notebooks, the economics profession is asking whether public debt matters, at least to the extent that it thought it did.

Our economic house of cards is teetering. Not only are we squandering $ billions we don’t have on various foreign aid initiatives, we are expanding social services and have created a blockade to stifle $ billions in resource income that would brighten the picture.

Blanchard is ignoring the sub-prime mortgage crisis that triggered the 2008 recession. Banks and brokers went broke overnight. Some nations teetered on the edge of bankruptcy.

The catalyst or collapse may be external, and we do not have the resources (pun intended) to survive market forces that can drive up interest rates that will lead to Canadian bankruptcies and economic collapse.

Imprudent spending couples with artificially low interest rates is driving capital and investments away. Our government should be employing fiscal prudence and responsibility. Since it does not, it signals consumers to be equally irresponsible.

Government ‘concerns’ over high consumer debit is both hypocritical and irresponsible.

Most people are unconcerned over rising public debt. Government keep telling them that all is well and that we can cope with the rising debt. Governments are not forthright in explaining how they will cope with the deficits and debt. Perhaps government can ignore the thunder of economists, but the lightning of insolvency is not as easily put off.
If the government does not engage in gradual corrections, it increases the probability of a crash rather than an adjustment. We can delay a reckoning, but the longer the delay, the more bitter the medicine will be.
John Feldsted
Political Consultant & Strategist
Winnipeg, Manitoba