FELSTED: Let’s face some hard facts. Decisions are carefully weighed respecting their impact on electability rather than by what is best for electors overall


The sole objective of every political party is to get a sufficient number of representatives elected to form a government.

That’s it – plain and simple. Their strategy is to appeal to as much of the population as possible.

Representing Canadians, and responding to their needs, is not what political parties do. Political parties create policies that are attractive to various demographic groups. Those policies rarely make it into governance however, even if the party wins an election.  Governance policies are heavily influenced by events a government cannot control.

Conservatives traditionally avoid deficit spending. However, when the sub-prime mortgage scandal exploded and shook the financial world, we reeled into a recession. The government of the day had little choice but to incur deficits to stabilize our economy. Other policies a government might like to address get shoved aside by governance imperatives including dealing with issues raised by the opposition.

Government policy is tainted with political risk aversion. Decisions are carefully weighed respecting their impact on electability rather than by what is best for electors overall. That is because political party representation is sold like soap, or cars, or frozen dinners. Political campaigns are really very sophisticated marketing and advertising campaigns.

How often do you see ads promoting some product that contains the message that product "A" is so much better than the ‘other’ stuff competitors sell? 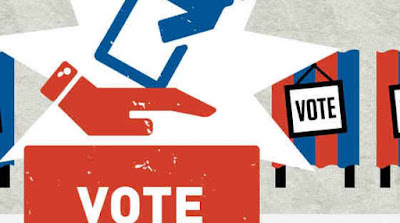 Bigger, brighter, stronger, faster; take this and sleep soundly; take that and make pain go away. It is all part of political election appeal efforts.

The party in government has numerous political pressures to contend with. There are financial supporters to consider … there are countless pressure groups and protestors that capture media attention and cannot be ignored.

There is little attention paid to what we need most – competent, ethical, honest, open and transparent governance.

We have to ask ourselves, why does Canada have the strictest code of Cabinet confidentiality anywhere in the free world. Why is that? It is not conducive to open and transparent governance.

Providing paid consultants and strategists in the PMO powers to deal with Cabinet Ministers and Department heads is ludicrous.

These paid underlings are not accountable for errors and cannot have lawful power to influence elected or appointed officials.

The SNC-Lavalin scandal is a direct result of giving senior staff in the PMO authority, without responsibility, and that includes the Clerk of the Privy Council. There is no governance need for the Prime Minister to have highly paid strategists on his payroll. He must seek counsel and guidance from his Cabinet and Caucus. That is how democracy works.

The PMO, as currently configured, does not work in the public interest.

Whoever is elected in October has be ready to make the necessary changes to return democratic representative governance to our Parliament and the Office of the Prime Minister.