PETERSON: All that is required, to stop a project from proceeding, is for the Minister to form an opinion that the proposed project would cause ‘unacceptable’ environmental effect

Suits and Boots today called on Canada’s Senate to adopt 18 key amendments that it says are the next best thing to killing outright the proposed resource sector environmental assessment legislation.

“It’s been our position all along that C-69 should be killed,” said Peterson, “and it’s even more so the case after reading Mr. Roman’s final recommendations that were posted over the weekend”.

“But it’s clear that the majority government in Ottawa is pulling out all stops to ram this legislation through both the Senate and the House before Parliament rises in June, and Mr. Roman himself believes there is not time in this Parliamentary sitting to address all the areas that need to be fixed”, stated Suits and Boots founder Rick Peterson.

He continued, “If that’s the case, his recommendations provide a clear, concise and the best possible path to mitigating the mess that both C-69 and the Canadian Environmental Assessment Act have created for investment in Canada’s resource sectors. His 21-page summary of 18 recommended amendments, each supported with a Rationale for Amendment, is essentially an IKEA-like C-69 policy manual for the Senate.”

Mr. Roman has more than 45 years of experience in environmental, electricity, constitutional and competition issues. He has appeared before all levels of court in Canada including the Supreme Court, and has represented and advised federal, provincial and municipal governments, large and small corporations, environmental groups, First Nations and individuals.

Mr. Peterson said five comments in Mr. Roman’s paper are key in supporting the campaign to #KillBillC69 or at least amend it:

On the “draconian power” given to the Minister of Environment and Climate Change: “All that is required (to stop a project from proceeding) is for the Minister (Catherine McKenna) to form an opinion that the proposed project would cause ‘unacceptable’ environmental effect…. Canada’s assessment process has survived perfectly well since the mid-1970’s without Ministers exercising such draconian power.” 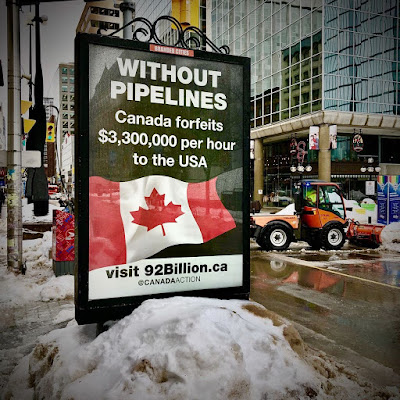 On Gender Based Analysis: “Why this is relevant to a proposed pipeline is not self-evident…This is a policy, not a law, and as such cannot apply to a private sector program, initiative or service.”

How C-69 will put taxpayers at risk: “C-69 is likely to socialize pipeline projects so that only governments – in reality, taxpayers – will take on the cost and risk of proposing any kind of pipeline.”

The ambitious scope of C-69: “Don’t try to use the adversarial pipeline project assessment process to correct Canada’s and the planet’s environmental, social and political problems that bear little relationship to the proposed project.”

“It’s clear that Mr. Roman’s testimony would be valuable to the Senate committee members,” said Mr. Peterson. “We’re urging our 3,500 members across Canada to phone and email the 14 Committee members and asking them to have both Mr. Roman as well as Suits and Boots testify before them in the weeks ahead.”