FELDSTED: The rear-guard action, coupled with Trudeau’s attempts to wrap himself in a flag of righteousness, would make a great Monty Python skit except this is not comedy – at least not intentionally


(According to a CBC New story) ... last Wednesday, an emergency meeting of the House of Commons justice committee was called to discuss a proposal from the Conservatives and New Democrats to hear from nine witnesses — including PMO officials and Jody Wilson-Raybould herself.

At the beginning of the meeting, the Liberals tabled their own motion that severely limited the witness list, leaving only three names. Attempts to amend the motion failed.

Reid admitted it doesn't look good when a government shuts down lines of inquiry, but he argued that, due to solicitor-client privilege and cabinet confidence issues, it's almost impossible to have those conversations in committee without the dialogue descending into a "political gong show."

The Liberals are being exposed as arrogant crooks manipulating contracts paid for with public money to favour friends and line their pockets.

The stench is oppressive ... do they risk brand damage?

Justin Trudeau’s Liberal government is trying desperately to limit damage by constantly changing the story line, and avoiding the truth or any close facsimile. They have chosen to support SNC-Lavalin, a generous political ally, to reassure others they stand by those who stand by them.

The Liberal refusal to allow a Justice Committee investigation into the SNC-Lavalin affair is not surprising. 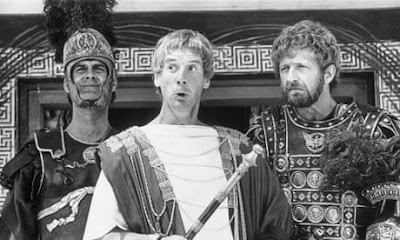 An honest government would welcome a probe, and put all rumours to rest without delay. The rear-guard action, coupled with Trudeau’s attempts to wrap himself in a flag of righteousness. would make a great Monty Python skit except that this is not a comedy – at least not intentionally.

Political party infighting has descended into petty, uncivil, vicious attacks that destroy democracy. When MPs gather without civility or decorum, or respect for the institutions and traditions they are part of, and are openly hostile to others, democracy is dead.

The role of government is not to rule as ‘kings of the hill’. The government must respect opposition members and listen to advice offered and suggestions for improvement.

The role of Her Majesty’s Loyal Opposition is not to obstruct or oppose the government, but to examine proposed legislation and programs, offer advice on issues, and propose improvements whenever possible. Canadians deserve the best results possible.

The Liberal contention that allowing key witnesses to testify at a commons justice committee hearing would deteriorate into a ‘gong-show’ is hilarious. We are watching top level gong-show play out in the media which is not in the public interest, and undermines confidence in government and parliament.

The juvenile, silly-bugger behaviour of key players is disgusting. None of them appear to understand that they are in parliament to represent the people of Canada, not their political party, and we will not tolerate their parliamentary war games.

A government intent on keeping secrets from the people it serves cannot be trusted with the power it has been given.

Solicitor-client privilege and cabinet confidence must never override the public right to know the truth of an issue.

Governance without ethics, honesty, openness and principle is not democratic governance.

Liberal rule must end but cannot be replaced with Conservative rule.

We must restore democracy to our parliament.

We are at least five decades behind in building a national infrastructure of rail lines, highways, ports, pipelines, refineries, electrical transmission lines, broadband and cellular transmission towers and fiber optic networks connecting every populated corner of the nation.

Whoever wins the next election had better arrive in Ottawa with a plan to smash the status quo, and get Canada back on track as a nation of ten separate and equal provinces ... with a federal government restricted to its separate constitutional role.

Nothing less will suffice.