J. EDWARD LES -- Did global banana consumption go down, at least, in the aftermath of this crippling of Alberta’s economy? It did not. It went up.


Imagine if Alberta was famous not for its prodigious oil reserves, but for its banana plantations.

It’s a bit difficult to picture banana trees carpeting our northern prairie, but it might have been possible once.  Forty million years ago Alberta was a tropical paradise, rich in ferns and fauna.  Giant sequoia trees stood watch as dinosaurs roamed. 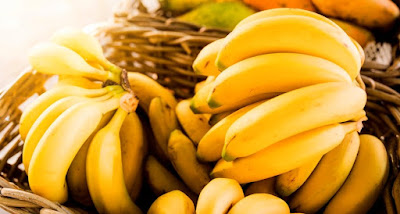 Then the climate changed.

Imagine, for the purposes of this essay, if it had not.  Imagine that modern-day enterprising Albertans took advantage of the fertile environment to grow bananas.  Not just ordinary bananas, but the most succulent and delicious of fruits, and organic to boot.

Imagine, further, that this new industry sprouted in a world hopelessly addicted to bananas, global production spiraling ever upward to satisfy the insatiable appetites of banana-mad earthlings.

Imagine that, with time, the output of Alberta’s wondrous plantations swelled to 5% of global banana production, becoming the pride of Canada as billions upon billions of dollars in profits flowed across the country.

Imagine, too, that the banana-eating mania raised the collective concern of the world’s physicians.  Sagely stroking their Hippocratic beards, 97% of doctors (themselves hopelessly addicted to bananas) agreed that gorging on bananas posed a threat to humanity.

They had trouble putting their diagnostic fingers on why, exactly.  Much scientific modelling - paid for with truckloads of taxpayers’ cash, needless to say - was conjured up, then debated by banana-stuffed delegates attending the inaugural International Panel on Banana Consumption (IPBC) in Paris.

The models all boiled down, in the end, to the old chestnut that too much of a good thing must assuredly be bad.

“This is not good,” intoned the good doctors.  “This is not a balanced diet.  Something must be done - or disaster awaits.”

“Unless drastic action is taken humanity has only twelve years left,” the great man warned.

Mr. Bore - doubly famous as failed presidential candidate in the banana republic of the United States, and as producer of the doomsday documentary “An Inconvenient Fruit”, echoed the worried doctors ... “Something must be done.”

Much finger wagging and policy pronouncements ensued.  Targets for the reduction of banana consumption were dutifully produced and enshrined in “The Paris Agreement”, a sanctimonious pact promptly ignored by most of its signatories, the Organization of Banana Exporting Countries (OBEC) chief amongst the hypocrites.

But Canada, ever the eager beaver, rushed into action, led by its uber-progressive leader, a Prime Minister who promptly vowed to “phase out” the banana plantations. 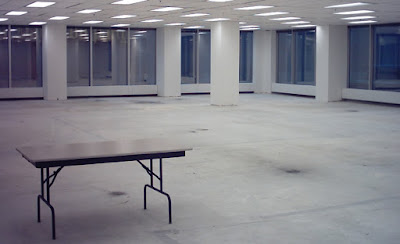 As payback to Albertans for their ingenuity, hard work, and enormous contribution to the financial well-being of all Canadians, Canada’s federal government summarily shut down Alberta’s Triple-A-rated world-leading banana industry.

Hundreds of thousands of people were thrown out of work.  A tsunami of hardship, anguish, and bankruptcies ensued.

Did global banana consumption go down, at least, in the aftermath of this crippling of Alberta’s economy?

A fundamental economic principle had eluded the bright minds in the Prime Minister’s office:  The banana “problem” - if it existed - was not a problem of supply, but rather one of demand. The world, including Canada, remained as addicted as ever.

Canada’s exit from the market produced barely a blip.  Nations - including Canada - bought more bananas than ever before.  They just bought them elsewhere, replacing Canada’s inexpensive, tasty, organic, product with inferior bananas drenched in herbicides and pesticides and produced in countries with lax environmental standards, abusive labour practices, and totalitarian regimes.

The world, arguably, could live without bananas. Which is unnecessary, of course ... no serious-minded dietician would exclude them from a balanced diet. It makes sense, further, that any bananas consumed should ideally be of the best quality, produced in an ethical and environmentally responsible manner.

The parallels with oil are obvious, with one glaring exception:  The world cannot live without oil.  Not at present, at any rate, and not for the foreseeable future. To think otherwise is hopelessly naïve, as Diane Francis recently pointed out in the Financial Post:

The fact is that world and Canadian oil demand, like gasoline guzzlers and population, will be on the rise for years to come.

Canadians vote for leaders who promise to save the planet, but allow them to continue to commute long distances along asphalt highways, drive SUVs, fly south, drink water out of plastic bottles, are addicted to electronic devices that consume huge amounts of electricity, live and work in oversized and air conditioned premises, eat packaged foods, use paper cups and towels, and pack landfill sites with manufactured goods shipped halfway around the world only to be prematurely discarded.

We Canadians, like the rest of the developed world, are hooked on our creature comforts.  And the rest of the world, including India and China (by far the most populous nations), seeks the pleasant existence that we take for granted, and is busily harnessing the transformative power of fossil fuels to lift millions out of poverty.  And who can blame them?

As in the banana analogy, the problem of oil consumption – if it exists - is not a problem of supply, but one of insatiable demand.

To instead shut down Canadian production -- while the world merrily burns ever-greater quantities of dirty oil -- is far more than foolish ... it’s completely bananas.

J. Edward Les, MD, DVM is a Physician, husband, father, cancer survivor, veterinarian ... the foundations of a sturdy soapbox.  All views expressed by the author on this blog are his own