The main theme is confidence, and the BC NDP are in no way instilling confidence for capital investment - we’re seeing that play out on the ground now


The provincial governments second Quarterly Report (2019/20 Financial Update and Economic Outlook) was released on Monday, and according the Finance Minister Carole James, all is well.


“Our government continues to show that investing in people while being strong fiscal managers is not only possible, it is fundamental to building a resilient economy,” said Carole James, Minister of Finance. “With careful planning and foresight built into every stage of our fiscal plan, BC is well prepared to weather the global storm, while delivering on our commitments to make life better for people.”

One thing in the report however should be cause for concern, especially given the importance of BC’s forest industry, and other natural resources.

Under the heading of “Risks to the Fiscal Forecast” (pg 11) the report states:
Natural resource revenues can be volatile due in part to the influence of the cyclical nature of these sectors in the economy. Changes in commodity prices for coal, natural gas and lumber may have significant effects on the revenue forecast. The updated forecast assumes a reduction in Crown harvest forest volumes, however the cumulative impacts of the ongoing softwood lumber dispute, forest fires and the mountain pine beetle infestation could have additional effects on the revenue forecast.

BC Liberal energy critic, Mike Bernier indicated to me that overall, the energy industry is flat right now, and that while there is still some activity, companies are being cautious. 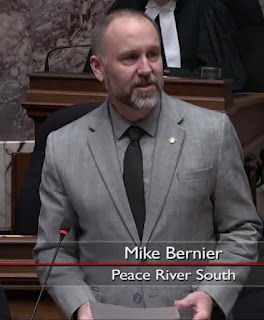 “From a supplier or contractor perspective, they are hurting. The number one complaint I hear is the extra costs like Employers Health tax, something which is hurting their competitiveness with Alberta contractors”, said Bernier.

He then continued, “The main theme is confidence and the present federal government, and the BC NDP, are in no way instilling confidence for capital investment -- and we are seeing that play out on the ground now!”

On the forestry side, we now have Canfor joining Tolko Industries in announcing more downtime for their workers over the holiday season ahead. Sadly, some of these workers have already been subject to reduced shifts and shutdowns over the past number of months ... and thousands of workers no longer even have a job.

While Forest Minister Doug Donaldson has made up to $75,000 available for laid off workers to retire early, I wonder how many actually want to do so, and how many simply want to go back to work?  My personal belief is they would rather have jobs, so they can live in strong and vibrant communities.

It’s not hard to see that the resource communities they live in are at risk -- businesses are facing bankruptcy, services are being withdrawn, and schools are closing – due in large part to persistent lay-offs, and job losses through-out the province ... and a lack of meaningful government action.

In his weekly commentary today, Conservative MP Dan Albas stated:
“The BC Forest industry, as one example, is in a crisis situation. This week Canfor announced that 10 lumber mills will be shut down for a two-week period, temporarily displacing over 2,000 workers”.

Albas continued, “This week the BC NDP government announced, in the fiscal update, that revenue received from the BC forest sector has decreased by $110 million”.

“That is government revenue that now must be made up either through reductions in spending or increased taxes elsewhere”, he concluded.
Despite what the provincial government is saying about its strong fiscal management, storm cloud aren’t just on the horizon ... they are right overhead.

The total provincial debt still stands at over $70 billion dollars; the equivalent of nearly $14,000 for every man women and child.  On the revenue side, provincial income taxes are down, as are revenue from provincial sales taxes.

Would it be fair to say that those high paying resource jobs, that are becoming scarcer and scarcer, may be playing a role in that ever-increasing government debt? 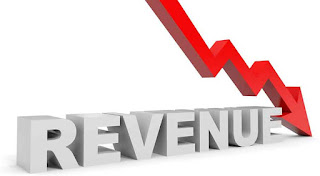 As noted by Dan Albas, forestry revenues are down dramatically ... mining related revenue are down $37 million ... and natural gas royalties are also down by $30 million.  Additionally, revenues from the carbon tax have declined by $15 million.

And those declines just scratch the surface.

While Carole James is telling us that due to the governments, ‘responsible, long-term fiscal management, our economy is resilient’, we are not seeing any bounce back to the blue-collar economy.

What’s required, and what’s missing is strong fiscal leadership, and sustainable resource development to create much needed long-term jobs.  What was missing from Monday’s financial update was an acknowledgement that we need fiscal wellness, so that we aren’t spending millions of dollars every day just in interest payments on the debt that continues to spiral upwards.

Instead, that’s money that we should be investing in British Columbians.