Last Thursday (October 31st), the BC Liberals called on Premier John Horgan, and Housing Minister Selina Robinson to, as they said, come clean with British Columbians who trusted them to build affordable housing. 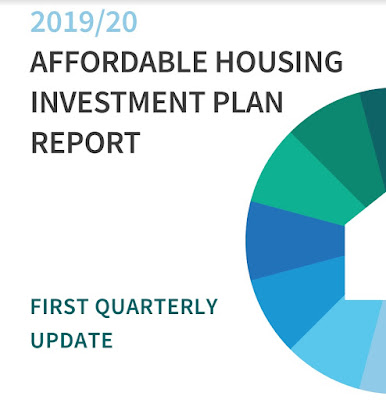 “John Horgan has let down the very people he made the biggest promise to in the last election. To mislead British Columbians, especially the most vulnerable people in our communities who need safe housing, is simply reprehensible,” said BC Liberal Housing Critic and MLA for Kamloops-South Todd Stone.

BC’s Housings Affordable Housing Investment Plan (AHIP) Report for 2019 / 2020 related how the government of John Horgan, in the Budget Update for 2017, and the 2018 Budget, had committed nearly $7 billion in funds.

“After promising to build 114,000 homes over 10 years, we are now two and a half years into that plan and just over 2,200 units have been completed”, related Stone, who then continued;

“At this rate, it would take Horgan’s NDP government over 100 years to meet their target.”

Again, looking to the governments own recent AHIP report, it showed that as of June 30th, BC Housing has just over 13 thousand (13,182) homes in various stages of development, construction, or competition.

The seven categories, for the funding program, show competition numbers of: 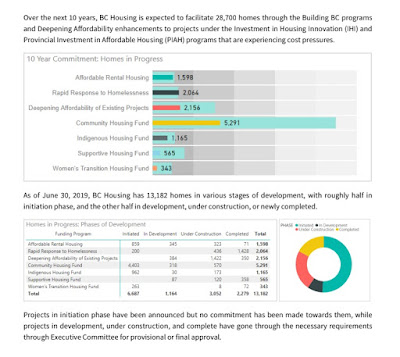 That comes to a total of just 2,279 housing units that have been completed under the current term of BC’s NDP government.  Twenty-two hundred and seventy-nine units of the 13,182 alleged to be in development of completed, or of the twenty-two thousand claimed by the NDP.

That is NOT a very good record, in my opinion, of delivering on the governments commitment to increase the supply of affordable, social, and supportive housing. A record which the government itself also states should be measured by the number of units completed.

On page 11, of BC’s Housings Affordable Housing Investment Plan, the authors report the 2019 / 20 completion target is set to be three thousand and thirty-five (3,035) homes ... that of the 114,00-goal promised by the NDP over the next decade.
At that rate, it is actually going to take 37 and a half years to reach that lofty goal!  No wonder then that the BC Liberal’s are saying the NDP government’s housing plan is a complete failure. Furthermore, that their own report, which the Liberals say government has been keeping from the public, shows over half of promised units don’t even have funding committed to them.

When I asked Stone about low income families, and their need for safe and affordable housing, he reported to me only 71 Affordable Rental Housing Units have been delivered.  He also indicated fully six in ten projects are behind schedule, further compounding problems for mothers, children, and those vulnerable because of a insufficient.

“Housing Minister Selina Robinson has spent an awful lot of energy doing photo ops and re-announcing BC Liberal projects. What she seems to spend little time on is actually getting projects funded and shovels in the ground,” concluded Housing Critic Todd Stone.