AARON GUNN: It continues a trend in this country, where our politicians and institutions, attempt to rewrite our history and erase our past ... with little regard for context and the truth 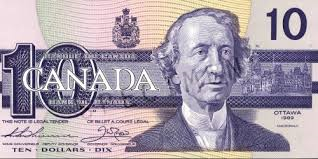 Once again, it’s at the expense of our first Prime Minister, Sir John A. Macdonald. A man who united us, built this country and delivered on the audacious promise of a national railway. A man who’s now been kicked off the face of the $10 bill for an individual who, while noble and courageous, is a comparative footnote in Canadian history.

It continues a trend in this country, where our politicians and institutions attempt to re-write our history and erase our past.

Where historic events are re-told void of context, and with little regard for the truth.

He is the single most important figure in Canadian history. Without him, this country, its traditions, its history, even our currency wouldn’t even exist

Now this doesn’t mean we shouldn’t learn more about Viola Desmond and her little-known campaign for civil rights in Nova Scotia. Certainly, our school curriculum's could spend more time on the topic as just one example. But even if you were compelled to add her to a place on Canadian currency, why remove Macdonald to do it?

Why not add her as part of a mosaic on the other side?

Or why not remove one of the other three Prime Ministers on the $5, $50 or $100 bills, all of whom were less significant to our history than Sir John A.

It just doesn’t make any sense.

That is until you realize, this has nothing to do with Viola Desmond, and everything to do re-writing this country’s history. Erasing the memory of the man who built this country and who died over 120 years ago.

No. But he is the single most important figure in Canadian history. Without him, this country, its traditions, its history, even our currency wouldn’t even exist. 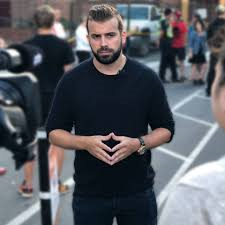 Prior to his work for BC Proud, Aaron worked for the Canadian Taxpayers Federation (CTF) where he founded and became Executive Director of the Generation Screwed initiative, fighting back against government debt and its impact on future generations.

He is an advocate for taxpayers and common sense. Throughout his work and notably in his role as Spokesperson for BC Proud, Aaron has been a voice for citizens across British Columbia and Canada.