The key cost drivers behind the proposed 3.8% tax increase according to the City of Kamloops? They include provincially driven programs, additional RCMP members, increased service levels, along with inflation and wages


Not that many days ago, Kris Sims, the BC Director of the Canadian Taxpayers Federation stated that, “... people should brace for big tax hikes on a number of fronts in 2019, not the least of which is the province double dipping on the MSP and EHT health taxes”. 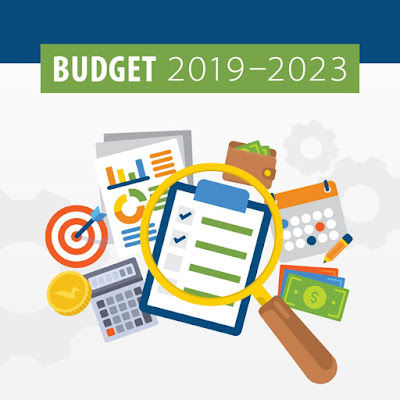 Here in the City of Kamloop’s, the provisional budget indicates the possibility of a 3.38% increase in taxes for homeowners. I do NOT believe however, that the combined EHT, and final payment for MSP, are the factors greatly impacting that proposed tax increase.

Key financial cost drivers behind the increase, according to the city, include provincially driven programs, additional RCMP members, increased service levels, and inflation and wages.  Here’s the breakdown:

And that gives, us the rationale for the proposed 3.38% tax increase.

Concerned about this, a friend of mine recently asked Kamloops Finance Department the following:

Since the city has been paying MSP for its staff, how is the new employer tax so much higher than the old MSP premiums?  Don't they cancel each other out to a significant degree?

The response back to him, from Corporate Services Director Kathy Humphrey, and Budget and Reporting Manager Dave Hallinan (also posted on the city’s website), was:

This makes sense as an acquaintance who knows his way around a calculator, debits, credits, and pretty much all matters financial, more or less confirmed comments made by City Hall:

“To be fair, I'm not sure that the EHT had been announced when they proposed the first MSP reduction – meaning the City probably thought that their costs would be $600,000 less.  They didn't set the funds aside because they didn't know that they would be paying 50% of MSP on top of EHT in 2019.”

While unsure what the total payroll for the city would be, they estimated a cost of $80-$100 million ... placing EHT costs at approximately $1.6 to $2 million.  This estimate ended up being fairly accurate.

Based on the 2019 there are 771.05 full time equivalents (FTEs) employed in the city. The planned payroll for 2019 is $79.5 million.  The total costs of EHT is estimated at $1.4 to $1.5 million for all City Employees (including CUPE, IIAF and Management) said Kathy Humphrey and Dave Hallinan.

The Carbon Tax, BC Hydro, ICBC increases must work out to and additional $1,208 million on the city budget ... and ...

Finally, there’s city’s proposed one percent increase for inflation and wages – an amount which the city’s budget page indicated was offset by ... increased revenues from development and city growth. That wasn’t entirely accurate though, or perhaps it was improperly explained.

That’s because when asked why the city had included it in the proposed tax increase, when revenues from development and city growth would cover that, I was told that in actual fact only a part of ... or a portion of increased civic revenues would cover those increased costs for inflation and wages.

Unfortunately, that makes it pretty difficult to accurately estimate what the increased dollar figure for inflation and wages works out to because of this.  Let’s try though.


Is that a BIG tax hike? 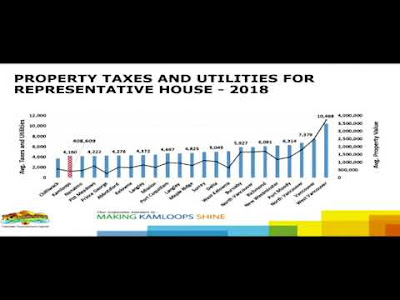 When I look at all of the vehicles lined up at McDonald's, Tim Horton's and Starbucks drive through windows every day, waiting for their morning jolt of coffee and a breakfast sandwich, I honestly can’t see it.  My credibility as a fiscal conservative may now be shaky, however the reality is that equals less than a couple of coffees, paired up with breakfast sandwich and a hash-brown, every three months.

But you tell me – what do you think?

By all indications, considering the promptness of replies from David Hallinan (Manager responsible for Planning and Budgets, along with Corporate Services Director Kathy Humphrey, they seem to have no problems answering questions on this years budget.

And with that in mind, there will also be a Public Budget Meeting held on February 7th, so if you’re wondering why, and if, we need the above mention increases, show up and ask.

I’m Alan Forseth in Kamloops.  If you have any thoughts on this or anything else you read on the blog, I welcome you to share them below in the Comments Section.