LEONARD: It is ironic that politicians note the discipline within paramilitary bureaucracies when overseeing police and fire departments but don’t see the same rankings around politics

So I was in this movie.   Yes, while Mayor I signed up as an extra in a movie to learn about the economic impact of the movie industry.  I spent a day of waiting for a scene and didn’t learn anything that I didn’t already know, but I satisfied my ego’s need to be able to say for the rest of my life ‘so I was in this movie.’

My scene was a parade to celebrate the dog becoming a duke.  Yes, the dog

becomes a duke.  I’ve had a great deal of experience working my way to the front of parades, so that’s how the first take went.  The director was quite upset with me as no one was to be in front of the star – the dog – so for the second and final take I was back in the crowd applauding adoringly for ‘The Duke.’  I needed to know my role; know my place.

It is ironic that politicians note the discipline within paramilitary bureaucracies when overseeing police and fire departments but don’t see the same rankings around politics.  While there are ‘Chiefs, Deputy Chiefs, Inspectors, Staff Sergeants and Sergeants’ so too are there ‘Prime Ministers, Premiers, Cabinet Ministers, Mayors and Councillors.’  Just watch the next infrastructure announcement or ribbon-cutting to see who speaks, who is on the podium, who gets introduced and who makes up the adoring crowd.

In politics, there are those who respect the hosts who set the protocol for an event and there are those who resist.  Resistance is futile if you’re invited to a royal event – two tables away from the Queen was the closest I got.  Yet I’ve cringed when the volunteer soccer parent is approached by City Councillor who wants to speak at opening ceremonies even though the Mayor is there and the program is already printed.  Quite often this boldness is rewarded because the volunteer doesn’t want a confrontation but I always felt the damage to one’s reputation will likely balance out.

The worst cases I’ve seen are at high school graduation ceremonies.  It is not that someone is added to the program but rather it is a speaker choosing the wrong content.  Too often politicians speak about their own accomplishments as a lesson or inspiration to the graduates but it just seems self-serving to me.  Then there are those who don’t recognize that they are not the guest speaker but have been asked to simply bring greetings and congratulations: I don’t think reading several written pages and too many ‘Yogi Berra’ quotes sends an 18 year old on life’s journey to success.


A high school grad is a good example of ‘knowing your place.’  The stars of the show are the graduates; next in line are the parents and loved ones; then there are the educators; and last are the politicians – whose speeches should walk through that list with thanks and sit down.  The parade of graduates is one they should not try and get to the front of.

To me ‘political protocol’ sometimes calls for turning the campaign off to ensure others have their moment in the spotlight.  Old school perhaps, but I’d sure like to see more of it and continue to recommend so to newly elected officials. 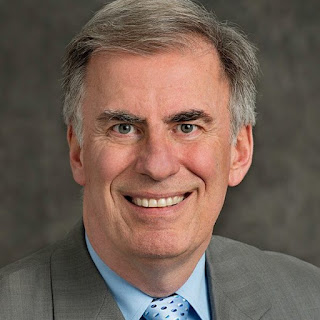 ABOUT FRANK LEONARD:
Frank Leonard was Mayor of Saanich and Chair of the Police Board from 1996-2014 after serving as a Councillor from 1986. While in public office, Frank chaired the Municipal Finance Authority of BC, was President of the Union of BC Municipalities and a Director of the Federation of Canadian Municipalities. He has also served as Chair of the Capital Regional District, the Hospital District and the region’s Housing Corporation.
Frank Leonard comes from a family business background, having managed Victoria Tire Ltd.’s three Kal Tire stores prior to their sale in 1996. While in business, Frank served as a Director of the BC Chamber of Commerce, President of the Victoria Chamber of Commerce, and on the boards of local tourism and economic development groups. Frank has a B.A. (Honours) and M.A. from the University of Victoria, and has completed the Institute of Corporate Directors Program (ICD.D)
Frank Leonard is currently Chair of Parkbridge Lifestyles Communities and a Director of Coast Capital Savings. He is a business instructor at the University of Victoria and has previously served as a Director of the BC Investment Management Corporation, Chair of the Municipal Pension Plan and Chair of the BC Agricultural Land Commission.
Check out my website at http://frankleonard.ca/ for information on Local Government and Consulting