ROTHENBERGER: Elected leaders sometimes they pass the test sometimes they fail. Sometimes, too, vision is as much about saying no to something as saying yes

ONE OF THE TOUGHEST QUESTIONS we ask our politicians is, “What is your vision for Kamloops?

More often than not, the response has something to do with a clean, safe city with good amenities and well-paying jobs. When was the last time a politician said, “I really think we need more street crime, litter and graffiti, and we should bring in more minimum-wage employment and close down some parks”?

The real test of vision, though, comes in the details.

Elected leaders and residents alike are asked from time to time to put their money where their vision is. Sometimes they pass the test, sometimes they fail. Sometimes, too, vision is as much about saying no to something as saying yes.

The proposed farmer’s market building at the entrance to Riverside Park is one such vision that divides people. An informal survey was released this week on what people think about it and I’ll get to that in a minute. First, though, a few examples of vision, and lack of it, throughout the history of Kamloops.

I wrote a couple of days ago about how, if councils over the past 15 years had retained the vision of the council that came before them, the question of what to do about the City Hall building that experts say needs replacing would have been answered. A brand new one would have been pretty much bought and paid for and plans would be underway for construction to begin without need of a referendum.

There’s another example in the performing arts centre (PAC).

There’s much talk about the need for the arts community to lead the way in advocating for a new PAC. If that same arts community had not opposed a new PAC in 2003, and had not insisted on putting $2 million into renovations of Sagebrush Theatre instead, Kamloops would have had a new PAC long ago. But the main players in the arts community couldn’t look into the future. They didn’t want to let go of what they already had, which was the Sagebrush. The estimated cost of a new PAC back then? Around $15 million.

Here’s another fail — parking for the Sandman Centre arena. The City once owned the property on which the Sandman Inn now sits. It was supposed to be for parking, and would have resolved the shortage created by the lack of vision when the arena was built. Instead of holding onto it, the City sold it for the Sandman Inn with no requirements that any of it be kept for public parking.

But there have been outstanding examples of visionary successes, as well. The Tournament Capital Centre (TCC) and McArthur Island are among them.

McArthur Island was once a weed-infested piece of land that didn’t fit into anyone’s vision of what Kamloops should become. But then, somebody came along and proposed that it could become a big sports venue, with playing fields, a curling rink and a hockey arena, and it was done. Many years after that, it became pivotal to the creation of the Tournament Capital facilities. A referendum proposed a field-house and new fields on Thompson Rivers University land, and a major expansion at McArthur Island.

In a giant leap of faith, taxpayers approved borrowing the money, and we now have the TCC and the McArthur Island Sports and Events Centre (formerly the McArthur Island Sports Centre).
These facilities serve residents way beyond what other cities the size of Kamloops enjoy, and bring in more than a hundred tournaments a year. The model has been copied by cities across the country.

A great example of another kind of vision was the rejection by the community of the proposed Ajax mine. One of the biggest components of failed vision is the temptation to look at short-term benefits — often in the form of jobs and profits — rather than long-term consequences and opportunities. Kamloops chose the future. Senior governments said no for various reasons around the science of the project but, ultimately, the fundamental reason was that it wouldn’t be good for Kamloops.

Now for the Kamloops Public Market proposed for the parking area in front of Heritage House at Riverside Park. My views are already known. 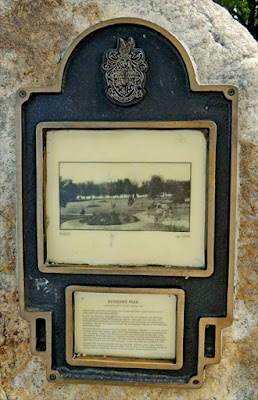 Riverside Park was once a sawmill owned by James McIntosh, a legendary developer known as the “King of Kamloops” in the early days. When the mill burned down in 1901, the City snapped up the land and turned it into a public park. Imagine Kamloops if the City fathers of the day — Mayor M.P. Gordon and his council — had not had the vision to establish Riverside Park. Imagine a sawmill churning out lumber down at what is now the band-shell area.

Those who want the City to gift the land for construction of a public market see that as visionary, too. I don’t, but not everyone’s vision is the same. The society driving the proposal released the results of an online survey this week that shows 368 of the 827 who answered it object to Riverside Park as the location. A press release went on to say 459 were either in favour or were undecided.

But how many of those 459 were in favour? Turns out it was 375. The difference between 368 and 375 is what’s known in the polling business as statistically insignificant.

So, the denizens of Kamloops, including City council, face another conundrum of vision. Which vision will prevail? What would Mayor Gordon say?

In 1987, voters turned down borrowing $10 million toward the $50 million Waterfront Centre at the park. The slogan for the yes campaign was “Share the vision.” Voters didn’t share it.

Many years later, they turned up in force to reject a waterfront hotel in front of the arena. Later, they said no to a parkade where the Public Market is proposed.

Vision is just another word for looking ahead. Sometimes we see what could be; sometimes we don’t.

Mel Rothenburger was born and grew up in Oliver, B.C. Following high school he attended college in Wenatchee, Wash. and graduated from the University of Washington in Seattle.

After working as a newspaper journalist in other parts of B.C. he joined The Kamloops Daily News. Mel served as chair of the Kamloops-Thompson School Board and, from 1999-2005, as Mayor of Kamloops.

As mayor, he led the Tournament Capital Centre and Centre for Water Quality projects, initiated and completed the McDonald Park Community Project, as well as many others, and sat on the TNRD board for six years. After retiring as Mayor he returned to The Daily News, from which he retired in 2012. He has been the TNRD Director, for Electoral Area P, since 2014.

He can be reached at mrothenburger@armchairmayor.ca.