We live in a topsy-turvy world.

Watching the evening news simply confirms that the chimpanzees are indeed in charge of guarding the bananas.  I’ve been a police officer for a quarter of a century and have been called upon to try and settle disputes that took many years to develop.  In fact, most disputes are far more complex than what a 30-second sound bite can possibly convey.

Did you ever wonder why the cops didn’t act when it is blatantly obvious that a person or a group of persons were breaking the law?


The job of the police is complicated at the best of times. The officer is called upon to deal with both criminal and civil matters, and sometimes these matters are occurring simultaneously.   On a Saturday night, after dealing with the mud, the blood and the beer, (the criminal law side of the house), the officer will eventually deal with the ensuing family break-up, child custody issues (the civil law side of the house) and the like.

Let me draw back the curtain so that you an take a peek at the various machinations that goes on behind the scenes. 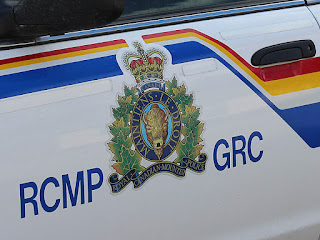 Scenario One:
Someone gets drunk and then decides that he is Rocky and tries to take out the bouncer at the local hotel.  The Queen’s Cowboys are called and Rocky is immediately arrested and spends the night in the Crowbar Hotel ... Easy peasy.

You break a criminal law and the powers of arrest are clearly defined.  In defining these powers, the Criminal Code of Canada also gives the officer legal authority to use “…as much force as is necessary” in order to effect the arrest.

The police deal primarily with criminal matters, things like assault, theft, break and enters, impaired driving and the like.

It’s when the police are called upon to intervene in “civil matters” the rules are not so clear and in fact, are almost always non-existent.  Most questions arise when police do not, or refuse to take action during high profile events.

Scenario Two (three and four):
Why are “tent cities” allowed to grow on public land that are “obviously” against multiple bylaws?

Why can workers, who are on strike, block/impede traffic on the road to their workplaces for days on end and the company has to go to court in order to get them removed?

Why can protestors block a proposed pipeline even after a court injunction is issued?

In civil matters, the police are usually left out of the equation.  But…when police are called to help out, the courts will have to give them direction and guidance (remember...the rules relating to police authority on the civil side of the house are mostly non-existent).

When there is a civil dispute, let’s say between a pipeline company and protestors, this is the usual process that is used to resolve the matter.

The company goes to court and gets an “injunction” against the protestors.  An injunction is “an equitable remedy in the form of a court order that compels a party to do or refrain from specific acts.”  A party that fails to comply with the injunction can be fined, held in contempt, or imprisoned (all to be determined at a later court date).

Once the injunction is issued, it usually gives a set time for compliance.  If there is no compliance, then the company goes back to court and gets an “Enforcement Order.”  This order then authorizes the police to enforce the injunction at their discretion and time of choosing.

It might take the police a week or two to get enough resources to deal with the matter, to develop a plan and to execute it.  In very rare occasions will the courts issue an injunction and enforcement order at the same time.  This is only done in matters of life and death, weapons present or some other exigent circumstance.

For every rule in law there are multiple exceptions to the rule.  That is why there is no cookie cutter approach to the handling matters of civil disagreement or dispute.  Each side in the dispute lawyers up and face-off in court.  Each side will make their point and counterpoint in hopes that the judge will rule in their favor.

The body of criminal law, civil law, case law and precedent that guides the interaction between these disciplines is vast and limitless.  That is why these laws are always evolving in interpretation, in deployment, in effect and in force.

That’s how I see it from my side of the fence .... Kurt Peats

Kurt Peats retired from the RCMP in 2011 after serving 25 years with the Force.
He makes his home in Dawson Creek, and has been married to his junior high school sweetheart for 33.  His oldest daughter is a 9-1-1 dispatcher for the RCMP in Edmonton, and his youngest daughter works at the Louisiana Pacific plant in Dawson Creek.

In 2013 he ran as a BC Conservative candidate in Peace River South, losing out to the winning candidate by just over 1200 votes.