GUNN: In a country blessed to be counted as one of the most robust and respected democracies in the world, illegal blockades and economic terrorism are NEVER an appropriate response 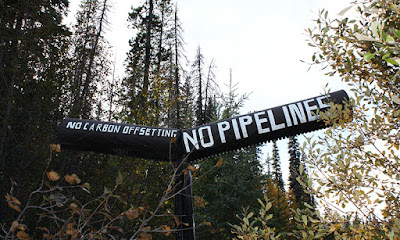 Early last week the RCMP began enforcing a court-ordered injunction to remove two illegal blockades in Northern B.C.  And while some may lament the 14 arrests that occurred in the process – what more could the RCMP have possibly done?

Activists had occupied some of these posts in preparation for this encounter for years. They knew full well about the court injunction and were asked repeatedly by police to abide by it. The alternative would be to allow a small group of radicalized individuals to undermine the democratic will and legal authority of an entire country.

In a free and functioning society, this kind of behavior is simply not sustainable, and certainly not acceptable.

In a country like Canada, that's blessed to be counted as one of the most robust and respected democracies in the world, illegal blockades and economic terrorism are NEVER an appropriate response. The pipeline in question (natural gas) has been approved by the federal and provincial governments, a majority of First Nation bands along the pipeline route and the BC Supreme Court. Let's get this thing built! 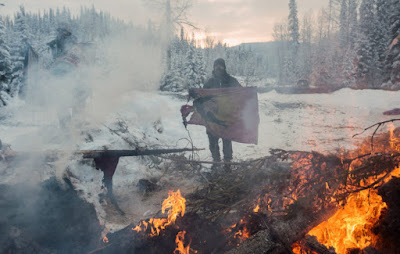 
It has been granted legal sanction by the BC Supreme Court and requires zero taxpayer dollars to build.

On top of all this, it’s not even an oil pipeline. It’s Natural Gas. A resource that by displacing coal-powered plants in Asia will actually lower global CO2 emissions, while at the same time contributing billions to the BC economy.

At the end of the day, it’s an unfortunate truth that in our society, there will never be any one policy that achieves true consensus.

It’s for this reason that we have elections, and why everyone needs to respect their result and the rule of law.

Aaron is an advocate for taxpayers and common sense. Throughout his work and notably in his role as Spokesperson for BC Proud, Aaron has been a voice for citizens across British Columbia and Canada.

Prior to his work for BC Proud, Aaron worked for the Canadian Taxpayers Federation (CTF) where he founded and became Executive Director of the Generation Screwed initiative, fighting back against government debt and its impact on future generations.