Soon, with that kind of airplay, those foreign funded, full-rime protesters, will be crying out for peace!

The recording and music video “Kill That Bill”, by the Alberta Prairie Band, on the Suits and Boots record label, is climbing country music radio charts all across Canada, and is now being heard in every coffee shop, donut shop, repair shop – everywhere.

Soon, with that kind of airplay, those foreign funded, full-rime protesters, will be crying out for peace!

Well that’s likely the hope of Suits and Boots founder Rick Peterson, who is looking for the music video to become a huge hot.

“Obviously, we expect the video will instantly go viral coast-to-coast, and we’re beefing up our website in preparation for the several million hits that it will take”, stated Peterson.

He continued, “This Grammy-certain new song, ‘Kill That Bill’, will be on every Canadian’s lips by later this afternoon.”

While spoken tongue in cheek, there appears to be nothing but seriousness, when it comes to the well being of Canada, and how foreign funded protesters are trying to tear it down.

To that point, Peterson was quoted stating:
“In all seriousness, this is an anthem for every working man and woman in the resource sector, and I know it will resonate with them, reflect their demand to be heard when Ottawa is making decisions that directly affect their lives”.

Peterson said that more than 3,300 Suits and Boots supporters across the country have phoned, emailed and faxed in thousands of requests to the Senate to #KillBillC69 since the group’s campaign started last September 10.

Bill C-69 will make it virtually impossible for even the best, most responsible projects to move ahead, said Peterson.  All the more reason, it seems, for “Kill That Bill” to hit the airwaves today -- with a bang.

And as Peterson concluded, “The lyrics spell out exactly why we’re doing this”

We’ve heard them say “No You Can’t!” all too often,
this is just another nail in the coffin
We can’t work in the oil-sands when C-69 just ties our hands
Tell the Senate they just need to Kill that Bill 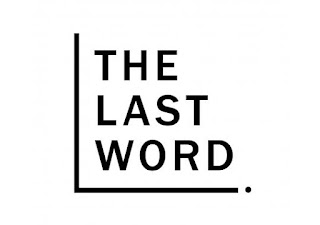 We recognize that for far too long, opponents of Canada’s resource industry have been on the offensive, and have been winning.