JOHN FELDSTED: All the money and studies have not bought anyone a spine ... or lit a fire under complacent rear ends in Ottawa 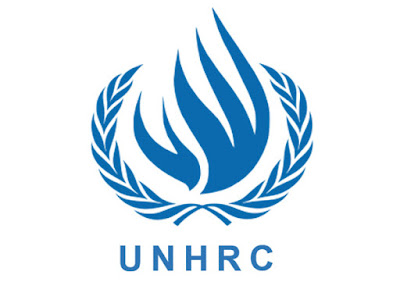 ... the United Nations Human Rights Committee says Canada still discriminates against First Nations women and their descendants through status requirements under the Indian Act despite several amendments since 1985.

The ironies are piling up like a Canadian version of the Egyptian pyramids.

Our government has been boasting about its self-appointed role as a world champion of human rights – except on its doorstep. Added to that is a current UN Human Rights Committee with some very questionable members:

Posturing on the part of the UN Human Rights Committee and our government has caught them all with their trousers at half-mast. Worse, they don’t have the honour or decency to be embarrassed.

We have a UN agency without credibility chastising a government without credibility. It would be humorous if it wasn’t so pathetic. The UN and Canada are pointing the way to compassionate and ethical behavior but are unwilling to adopt the underlying ethics and principles themselves.

The Indian Act has needed repeal and replacement for decades, but successive governments have failed to act. There is no joy in having our failings rubbed in our face by another failed organization.

This long-standing travesty has poisoned to atmosphere with aboriginal people. We cannot paper over real problems with endless chatter about ‘reconciliation’. We have spent $ tens of millions on studies and have dozens of recommendations. All the money and studies have not bought anyone a spine ... or lit a fire under complacent rear ends in Ottawa.

We have to act and break a cycle of suffering that pre-dates confederation. 200 years should have taught us that isolating aboriginals is not working, and that aboriginals are not going to assimilate except on their own terms. We have to stop whining, looking for excuses and get on with it.