ALBAS: I have received complaints over the fact that a true savings account is one that citizens can voluntarily withdraw from, whereas CPP contributions do not offer this flexibility 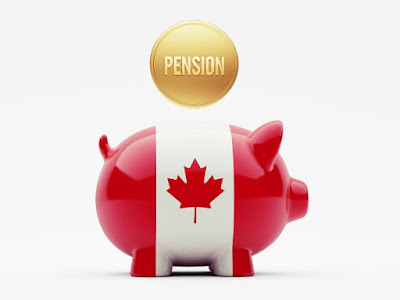 At the beginning of this month I referenced higher Canada Pension Plan (CPP) premiums, that will increase from 4.95%, up to 5.95%, gradually between 2019 and 2023, resulting in lower take home pay for many Canadians.

If you have been watching television, it is possible that you may have even come across commercials from the CPP Investment Board that state “you started saving for retirement with your first paycheque.”

I have received complaints over the fact that a true savings account is one that citizens can voluntarily withdraw from, whereas CPP contributions do not offer this flexibility.  I have also received inquiries and comments about CPP and other federal government retirement programs.

And I have heard many comments over those recent increased CPP premiums.

One common complaint, is that if a person does not live to 65, or not long after, the amount that can be transferred to spouse, after a lifetime of CPP contributions, is comparatively quite limited.


For those who may be unaware, here is a summary about the different programs that the Federal Government administers.  These include the Canada Pension Plan (CPP), Old Age Security (OAS) and the Guaranteed Income Supplement (GIS).

CPP is generally funded equally by you and your employer during your working years.

CPP can provide benefits for loss of income created by disability or retirement. The benefits are ultimately calculated by how much you have contributed and over what length of time.

You can start collecting CPP as early as 60 or as late as 70, however different rates would apply.

In contrast, Old Age Security (OAS) provides a modest pension to most Canadians at age 65, if you have lived in Canada for at least 10 years. The maximum OAS payment is for individuals with 40 years or more of residency, after their eighteenth birthday.

Seniors with earnings in excess of roughly $77,580 per year will gradually receive a lesser OAS benefit that ultimately is eliminated for an income in excess of $125,696 a year.

The GIS is specifically for lower income seniors 65 and older with an income of roughly $18,239 annually or less.

If you have questions for any of the above programs you can contact Service Canada toll free at 1-800-622-6232 for further information.