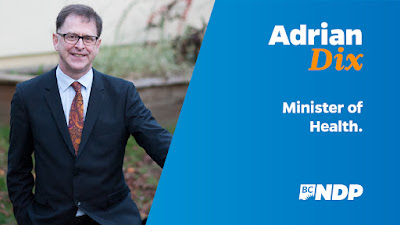 Okay, maybe you lost me right off the bat, so let me try again.  First of all, on February 9th, 2018, we had the provincial NDP government, led by Health Minister Adrian Dix, let us know in a banner headline that there would be a:

The British Columbia government is eliminating PharmaCare deductibles for working families with the lowest incomes in the province, helping to make sure they get the prescription medicines they need but currently are struggling to afford, Health Minister Adrian Dix announced today.

“No parent should have to make the difficult decision between their family’s health and putting food on the table,” said Dix. “The investment we’re announcing today will make life more affordable for British Columbians, while making sure they get the care they need.”

The $105 million being invested in Fair PharmaCare over three years will eliminate or reduce the deductibles for 240,000 B.C. families.

A week and a half later (February 20th) Finance Minister Carole James informed us that:

Budget 2018 puts people first, makes life more affordable for British Columbians and that they were:

And finally comes Adrian Dix once again (January 4th, 2019) to let us know ONCE AGAIN that Lower income families benefiting from Fair PharmaCare investment and that this would mean:
... for 240,000 British Columbian families, the new year brings the help they need with prescription drugs, thanks to a three-year $105-million investment that is reducing or eliminating deductibles and co-payments for lower-income households. 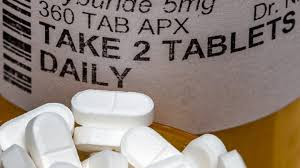 “No one should have to make the difficult decision between their family’s health and putting food on the table. We know that for many working households, needed prescriptions were going unfilled too often because Fair PharmaCare deductibles were too high. The changes we have made will provide thousands of families with the relief they need,” said Adrian Dix, Minister of Health.

Families earning under $45,000 in net annual income are also benefiting from this investment. Deductibles and co-payments have been lowered for households earning between $30,000 and $45,000 net, annually. Fair PharmaCare co-payments have also been eliminated for seniors born before 1940 earning a household net annual income up to $14,000, and for the lowest income households – those earning up to $13,750.

I wish I knew what the combined number of media contacts, individuals who write the media releases, and any and all additional assistants there are that we pay for to churn out “Pat us on the back for how good we are” announcements”.

They have to number in the multiple dozens ... and heaven only knows at what cost each year.


Just tell us what we need to know that’s important work the government is doing, and then don’t tell us over and over again. Oh, and one other thing.  Having your media people write, and tell us, that you’re buying mattresses for seniors, painting highway lines on our roadways, and installing garbage cans at pull-out, are not vital ... important ... semi-important ... or even of minor importance to British Columbians.

I’m Alan Forseth in Kamloops.  If you have any thoughts on this commentary, I welcome you to share them below in the Comments Section.