FELDSTED: The UN Committee, on the Elimination of Racial Discrimination, is targeting Canada because we’re too nice to tell them go drown itself. Most other nations ignore these busybodies 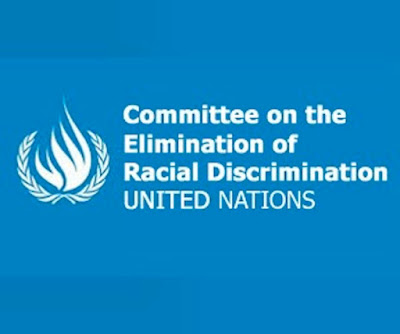 The UN's Committee on the Elimination of Racial Discrimination says Canada may have already violated an agreement it signed 50 years ago. That agreement commits Canada to prevent development on Indigenous land without adequate consultation.

The proper response is to advise the UN Committee on the Elimination of Racial Discrimination that it has no evidence of racism, the accusation is unfounded and worthy of a slander action and to keep its nose out of Canadian internal affairs.

The United Nations has failed to deal with genocide and war, and is swimming in over 65 million refugees fleeing conflicts and persecution. Its claims of Canadian racism are not credible. The committee is targeting Canada because we are too nice to tell the committee go drown itself. Most other nations ignore these busybodies.

Canada is one of the 25 nations that carries 88% of the UN operating budget and we get calls for foreign aid, to support the world bank and to engage in peacekeeping services in return. We have far better uses for the multi-millions we pay supporting the United Nations for ineffective services.

13% of the UN member nations are carrying most of the UN operating costs. We are not getting value for our money. We need to drop our United Nations membership and invest public money prudently.