GREENWOOD: “This is a ‘one and done’ that I actually can get behind”


BC Conservatives in the province today announced their candidate who will be running in the up-coming Nanaimo by-election – it will be 37-year-old Justin Greenwood.


Advising me of the news this afternoon, a Party spokesperson stated, “Justin has been involved with our party since 2016.  He was a candidate for us in the 2017 provincial election, in the riding of Langley, where he came in behind the 2nd place NDP, and BC Liberal incumbent Mary Polak.” 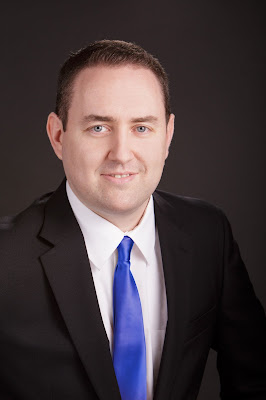 “We were happy to turn that experience into good use as he became a Regional Director, which then turned into a Director-at-Large following the 2017 AGM. His hard work, and enthusiasm was recognized by Deputy leader Scott Anderson, who appointed him Deputy Leader for the Party at the end of last January (2018)”


So why the riding of Nanaimo I asked Justin, who promptly responded, “I was born and raised and lived on southern Vancouver Island for just over 32 years. All my schooling was done on the island and my work is based out of Victoria. The majority of my family is on the island. In fact, both sides of my family dot the island from Sidney to Port Hardy, including Nanaimo.”


“I saw this as an important by-election. My family and friends in Nanaimo were definitely pushing me to do it. So here I am”

He then continued, “The other three parties … Liberals, NDP, and Green Parties combined, have all increased the cost of living for not only the people of Nanaimo, but all of British Columbia. There needs to be a choice for those who demand better and I will be that choice for them in Nanaimo.”

Many may remember Justin Greenwood, as the face and voice behind several non-partisan video’s which the Conservatives ran during the referendum vote of Proportion Representation.  I asked him about the slogan the Liberals used during the campaign, “One and done”.  This is what he had to say, a hint of laughter in his voice;


“My name, I believe, will be at the top of the ballot, so yah, in this case, ‘One and Done’ is a concept I hope that voters will get behind”.


And as to the ‘vote-splitting’ argument which is sure to come up, Greenwood stated with sureness:

“The ONLY party that will be talking about vote splitting, after 16 years of tone-deaf indifference to British Columbians, as the former government, will be the Liberals. We will be less concerned about labels, and who identifies with what ideology or "party name".

He continued, “My goal, and that of the Conservative Party, will be to focus on providing Nanaimo with a choice that is on its way to becoming BC's party. A party for the people that are tired of over-taxation and less freedom.


“The BC Conservatives will not only be truly listening to the people of Nanaimo but providing policies that they can stand behind in confidence”.


Greenwood, and Party members, were already out door knocking during the past weekend. He indicated to me that it had been good to see some familiar faces and some new ones.


“I'm getting a good feel of what the concerns are that either haven't been met, or just ignored. I look forward to meeting many more of the people I hope to elect me on January 30th, either on their door-steps, out in the community, and at upcoming all-candidate meetings as well”, he concluded.


I’m Alan Forseth in Kamloops.  If you have any thoughts on this or anything else you read on the blog, I welcome you to share them below in the Comments Section.


For voters in the Nanaimo area, please note the following from Elections BC, regarding who can vote:


You can vote if you are:

If you are eligible to vote in the Nanaimo by-election, you can register and update your voter record when you go to vote. Please remember to bring identification.


Voting times and locations will be posted on the website once confirmed.  You can also request a vote by mail package from us by filling out this form, or call 1-800-661-8683.