RICK PETERSON: We have been constructive, offering solutions and, ensuring the perspectives of resource sector working Canadians finally gain a voice


For too long, the working people of B.C. resource towns haven’t had a real voice in the political decisions directly effecting their lives, and livelihoods – about pipeline projects, new mines, forestry tenures.

That’s not only a tragedy for communities in British Columbia, it’s a travesty for resource development across Canada.

Last spring, we launched Suits and Boots to change that. Founded by six people in April, we have since grown to more than 3,200 people across Canada; Suits who are in offices ... and Boots who are out in the field alike doing the important work that makes Canada such a prosperous nation.

We have held rallies and flown banners over Parliament. We have written Senators asking them to kill the current version of Bill C-69 and send back to the House of Commons so this flawed attempt at re-working Canada’s environmental assessment regulations can be re-done.

We have sat down with politicians in our capital to call for change. We have been invited to the Prime Minister’s Office to hear our side of the story.

We have been constructive, offering solutions and ensuring the perspectives of resource sector working Canadians finally gain a voice.

We have an impact. Because you now have a voice.

We have only been successful because 3,200 Canadians have signed on to get involved – writing letters to Senators and MPs, showing up at events, and lending their support.

Bill C-69 will soon be going before the Senate environment and natural resources committee. The fate of Canada’s resource sector hangs in the balance.

We can help you do that. If you’re interested, visit suitsandboots.ca to read more, and make your voice heard in Ottawa. 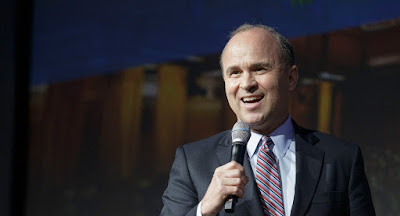 Rick is president of Peterson Capital of Edmonton, Alberta, which helps Canada’s leading private and public companies in the micro-cap, small-cap and mid-cap sectors raise funds and increase their capital markets support.

He was also a Conservative Party of Canada leadership candidate in 2017.