FORSETH ... This is not the first, nor will it be the last, time that what I believe to be offensive items are boldly and proudly displayed out in public

I’m a member of an auction site, where every now and again I’ll post an item ... or bid on an item someone is selling. 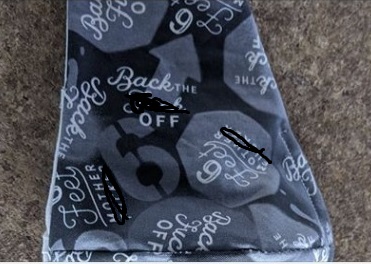 This morning in my auction feed came a notification on an item I was disappointed to see – which began a conversation that went back and forth for a while.

I’ll share it now with you – but in doing so, I’d really like to hear your opinion, and thoughts, on whether this was right, or wrong.

Here’s my message to Debbie (the woman who post the item to be bid on):
These are disgusting.  So disappointing to see as they'll be worn out in public where young children will see and read them ... but you already knew that and did it anyway ...proving you are self-centred :(

AND NOW THE RESPONSES which followed ...

Karen:
Debbie these are hilarious! I would happily wear one as I have already had to tell people to "back the fuck up!" If kids have access to TV or the internet, they've already been exposed to worse!

Lori:
I think it's great. Once my children can read, they better k ow the difference between adult words and kid words. Alan...you are a prude! If you don't like it.... scroll on past!

ME: In actual fact I'm not, but if it makes you feel better you just go for it. How about if I added a bunch of expletives here, as descriptives, that would be okay, right, because according to you, they're great?

Lori:
Now who is jumping to conclusions? Just move on. You don't like it? Don't bid. Simple.

ME:
So, apparently, it's not okay for me to use a bunch of potty mouth descriptive's here? Why would that be? A minute ago, they were fine according to you. Funny how it's okay until it impacts you

Lori:
Lol. Do as you wish, I am not here to police anyone. Nor do I care if curse words are used. My point is...if you don't like it, move on.

ME:
Lori ... you're completely missing my point. These will be seen out in public, by the youngest of children, who will have no concept of what that word means, and who aren't ready to have it described to them -- nor the context in which it is being used.

I don't understand why you, and especially the individual who made the mask, fail to understand that.

But then again, it's as I mentioned above, we have become a self-centred society, where the most important thing is what an individual wants, rather than what's best for those around them

AND AS FOR THE MODERATORS ... to whom I did report this auction item to? Their response was rather disappointing ☹ 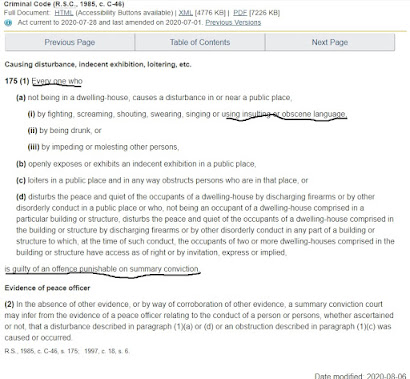 Remember all comments not directly related to bidding or questions on product are not allowed. You don’t need to like what is being posted for auction but please keep personal opinions like this to yourself. Kids have and will see/hear/ read much worse. – Mod

Next person to comment other than bid tag or legit question is leaving - mod!


So, there you have it.  As I mentioned at the start, I’m interested in hearing what you have to say, as this is not the first, nor will it be the last, time that what I believe to be offensive items are boldly and proudly displayed out in public.  I’ve seen it on t-shirts, bumper stickers, and more.