FRASER INSTITUTE -- EI (in its current form) creates inequities between workers. It can also act as a disincentive to work and discourages labour mobility

The federal government has signalled that changes, perhaps major ones are on the way for the country’s Employment Insurance program -- but the existing problems with EI that pre-date the current recession shouldn’t be ignored or forgotten, finds a new study by the Fraser Institute, an independent, non-partisan Canadian public policy think-tank. 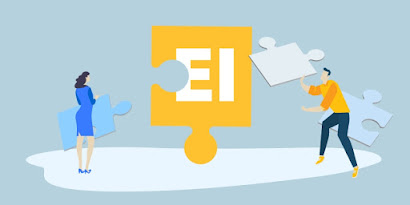 “EI pre-recession was riddled with problems including the exclusion of an increasing portion of workers and inequitable treatment of workers depending on their residence” said Jake Fuss, economist at the Fraser Institute and co-author of The Issues Facing Canada’s Employment Insurance Program.

“In some parts of the country, Canadians must work more hours to qualify for the same EI benefits as Canadians in other areas, and self-employed and some part-time workers don’t qualify at all, which raises serious questions about the program’s inequities and fairness,” commented Fuss.

Although EI is a federal program, key features of the program differ based on regions.

Crucially, self-employed workers and part-time workers often don’t qualify for EI, meaning a significant portion of the Canadian workforce is left without any temporary income support.

Consequently, the EI program (in its current form) creates inequities between workers. It can also act as a disincentive to work and discourages labour mobility – which can hinder economic growth in certain regions. The EI program will also put enormous strains on federal public finances, perhaps to the point of requiring higher premiums.

“Canada’s Employment Insurance system has a number of flaws and shortcomings which are being highlighted by the COVID recession,” said Steven Globerman, study co-author and resident scholar at the Fraser Institute.