ADAM OLSEN -- Players with the most cash do not win, in fact, it does not even matter how much cash you have because success is determined by a variety of measures 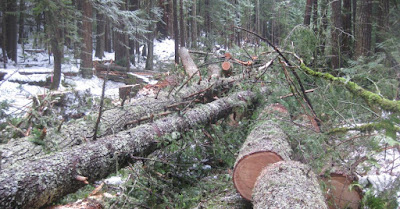 In many pages of this blog I urge, and encourage, the provincial government to protect, nurture and enhance ecosystems. I regularly stand in the legislature and address the habitat degradation and wildlife extinctions currently happening in British Columbia.

This was brought home for us this holiday season.

Silas got a new board game called Forestation. It's a lot of fun! This game encourages players to take the health and well-being of a forest into their own hands.

For sixteen rounds, broken into four seasons and four years, players are rewarded for making good and sustainable decisions about the landscape they are managing. The goal is to plant diverse forests, attract and keep prey and predator species while maintaining a balance by ensuring that all the various animals have their needs met.

Good landscape managers also build nature houses to encourage visitors which generates much needed revenue. They also hire park wardens and wildlife officers to protect themselves against poachers and deforestation. In one of the first games we played Silas learned the lesson about what happens when you don't have a park warden and the dreaded deforestation card turns up ... clear-cuts and unsustainable logging practices.

Unlike other board games we grew up with, where the largest cash and real estate holdings determine the winner, any coins remaining at the end of the game that have not been invested in the ecosystem are not even factored into your final score.

The players with the most cash do not win, in fact, it does not even matter how much cash you have because success is determined based by a variety of measures including the size of the forest and levels of protection and biodiversity you have invested in. 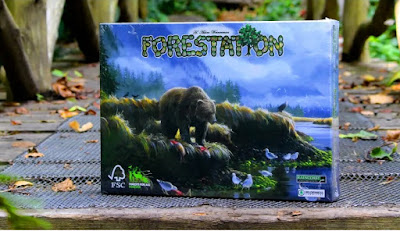 Forestation is an important board game that raises awareness by highlighting the critical values of well-functioning ecosystems and the complex relationships in nature that need to be respected if they are going to continue to sustain life.

With this in mind, my work in the legislature will continue.

Forestation is produced by CLJ Games (Victoria, BC).
You can purchase Forestation here.

Adam Olsen (SȾHENEP) loves his job as the Member of the Legislative Assembly (MLA) for Saanich North and the Islands; he was first elected in May 2017.