’20 for 2020’. ICBC ... a co-operative will work in the best interests of drivers, rather than serving the government of the day


And today, with number eleven in our series of “20 for 2020” we are over half way on policies and ideas which I, along with many others, believe should be implemented by who ever becomes our next provincial government – although if you’re listening Premier Horgan, it’s never too early to start. 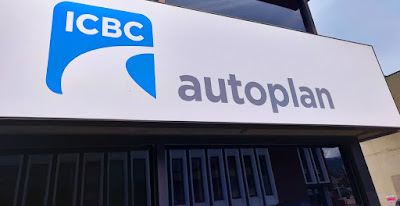 Todays suggestion comes from the BC Conservative Party, and it is part of their ‘Made in BC’ five-point plan; that is ... ICBC’s monopoly on vehicle insure must end.

According to the Conservatives, over years of mismanaging ICBC, the Liberals raided the crown corporation repeatedly in order to tell British Colombians that they had balanced the province’s budget, with the result that BC drivers pay the highest insurance premiums in Canada.

Meantime, the NDP couldn’t bring themselves to allow expert risk assessors to take the steps needed to determine realistic viable insurance. The result is that many drivers, with clean driving records, are still paying hundreds of dollars more, each year, to insure their vehicles – and young people are expected to pay thousands for their insurance, leaving many unable to drive due to the prohibitive costs.

British Columbians are getting the short end of the stick when it comes to insurance – both under the previous governments watch, and now that of the NDP.

The BC conservatives, as government, would turn ICBC into a co-operative, ensuring that BC drivers -- who pay premiums -- will be the ones who own the organization. A co-operative will work in the best interest of drivers, rather than serving the government of the day.

The BC Conservatives will also open the industry to private competition, to help drive rates lower.

In a media release during Scott Anderson’s time as interim leader, he stated:

“We agree with the Canadian Taxpayers Federation that ICBC should be turned into a co-operative owned by BC drivers.  Competition also must be opened up to private companies for basic insurance in order to reduce insurance rates for everyone. It is completely unacceptable that BC drivers now pay the highest insurance premiums in Canada!”

Change must come to ICBC, and it seems only logical to have it opened up to competition ... and also to turn it into a co-op!

Just a reminder that if you have missed any of the previous ideas and suggestions, from “20 for 2020”, you can catch up at the following links:

#1 … those who wish to lead, should acknowledge that government must be about people.

#2 … a review of services provided to areas and regions where much of the provinces revenues are collected from.

#3 … there should be a full review of all license costs and fees, which the provincial government has imposed upon us, to see where and how they are being used

#4 ... we need a permanent fix to the problem of keeping medical practitioners in some of the more rural areas of the province

#5 ... put an immediate end to the Community Benefits Agreement

#6 ... the next BC government must be committed to sustainable resource development

#7 ... government should make treatment for chronic conditions free to residents

#9 ... Bids submitted to build future ferries will include not just the lowest submission that meets structural requirements, but will also include the financial benefits of building in BC

#10 ... soberly audit the health ministry with a mind to make adult decisions for the long-term betterment of our health and care