‘Our region is fairing well, however, you don’t need to look far to see that so many of our rural communities in BC are struggling’ ~~ Columbia River - Revelstoke MLA Doug Clovechok

After almost three years in office, Premier John Horgan finally took his first tour to a region that has seen a lot of hardship over the past year.

From months of dwindling job numbers, countless setbacks for a forestry sector in crisis, to a sham-filled caribou consultation; northern B.C. residents had hoped to hear some good news from their Premier.

However, not only did relief not materialize during his tour, John Horgan doubled down on his disconnect through missed opportunities and several tone-deaf comments.

At a round-table meeting of northern mayors, the Premier remarked that “quite frankly we don’t hear from [Opposition MLAs] about the positive initiatives that are happening in the community.”

This assertion is just flat-out false — I’d instead argue that perhaps the Premier has just failed to listen to the concerns of British Columbians outside of NDP held ridings.


As an opposition MLA, I have worked on a number of significant matters including:

... making sure that Invermere (and our headwater communities) were added to the list of Columbia River Treaty public meetings

... working with Golden constituents and the Town on addressing ground water extraction for commercial bottling

... working with the City of Kimberley on a wildfire interface pilot committee

... making sure the Premier included Revelstoke during the government’s Caribou Recovery public meeting

... informing the government of overlooked concerns from our communities along the Highway 1 closure / detour route

... continuously working at getting our border residents access to health care that is closest to their support system

... and highlighting my Kimberley constituency office as the first carbon-neutral MLA office in the province.

I am proud to represent Columbia River - Revelstoke.

Our region is fairing well; however, you don’t need to look far to see that so many of our rural communities in BC are struggling.

The NDP has failed to provide any meaningful assistance to the struggling inter-connected forestry sector. Job numbers have seen a steady decline over the past seven months, the Rural Dividend Fund (that supplied many of our riding’s critical and innovative projects over the years) has been suspended for rural BC, and lastly, reliable infrastructure jobs have been put in jeopardy due to the government’s unnecessary Community Benefits Agreements (CBA) scheme. 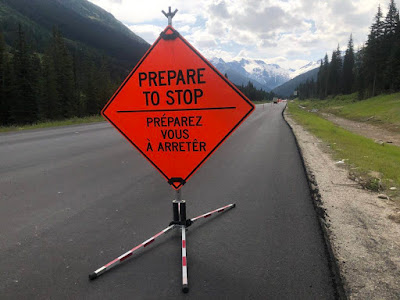 The Illecillewaet highway project first announced in 2015 by our previous government was set to cost $35 million.

Now almost five years later, thanks to the NDP’s very short-list of approved unions, the cost is 143% higher than we budgeted.

The Kicking Horse Canyon project has suffered through many delays, despite being of critical importance to my constituent’s safety, the Community Benefits Agreement (CBA) framework has pushed costs associated with the project by adding another $150 million onto the budget.

When is John Horgan going to listen to issues that matter to rural British Columbians?


Doug Clovechok was elected as MLA for Columbia River - Revelstoke in 2017. Once elected, Doug was positioned as the Official Opposition's co-critic on Tourism, Arts, and Culture and sits on the Select Standing Committee on Aboriginal Affairs as well as the Special Committee to Appoint a Chief Electoral Officer.

Doug enjoyed an extensive career in education, teaching high school with the Calgary Board of Education, as well as with the College of the Rockies. For 20 years, Doug combined interests in business and education as CEO of the Calgary Education Partnership Foundation. During this time, he created many award-winning partnerships between the private and public sectors to improve the public system.  He also worked extensively in tourism, managing operations for Princess Tours for nearly twenty years.

Doug is an adopted member of the Weasletraveller family and an honourary chief of the Piikani First Nation of the Blackfoot Confederacy. He and his wife Susan live at Dutch Creek.