RUSTAD -- I hope the rule of Canadian law will be respected and that Coastal GasLink can get back to building this nation building project, and all of the benefits that come with it


I was asked to do a CBC interview this past Sunday. I decided to put the whole truth out there regarding the Unistoten blockade in my riding. I have to say that I was disappointed that the CBC did not cover everything I said. So, here is an augmented version:

When I was Minister of Aboriginal Relations and Reconciliation, I worked tirelessly with the Wet’suwet’en people to try and find a resolution.

We drafted a protocol and proposed funding to undertake a nation building exercise to help bridge the differences between the elected and hereditary systems. We offered to engage in land discussions, resource sharing and other agreements. We worked with them on support for services for children. There were a lot of things put on the table. 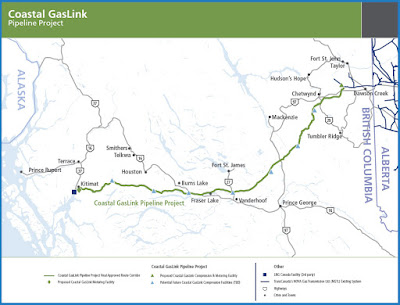 Unfortunately, the hereditary chiefs turned down almost all agreements even though we offered these paths with no strings attached.

During one meeting I overheard the hereditary chiefs speaking. They wanted to go back to court, to move forward a title case. However, they said they know they need to be unified in order to win as that is what it took in the previous court case. They needed to find a catalyst or cause to champion to try and bring the people together in order to move forward a title case. I can only assume opposition to the Coastal Gaslink Pipeline is what they believe will achieve this.

This is why I do not believe there is a negotiated settlement that will end with the pipeline being built.

The proposed re-routing option is not viable. There were no paths, no options, no realistic solutions that could be found. I’m sure the current NDP government has discovered the same thing which is why they are not engaging directly. This despite internal polling of the Wet’suwet’en people, undertaken by one of the elected chief and councils, showed that 65 to 70 percent of the people supported the project and benefits.

This is also why the only viable path I can see forward is to undertake the nation building exercise, combined with a negotiation to address title. It won’t end the blockade but it is the right thing to do.

Now, a little about the blockade and protestors ...

I used to get monthly briefings on the activities at the blockade when I was a minister. Those briefings included reports from the RCMP and others. Illegal buildings were constructed on crown land. Heavy equipment was operating in a salmon bearing river during spawning season to build a water intake for the buildings.

I received reports of fire arm weapon caches constructed as well as detailed defenses built at the blockade. One time, when an RCMP officer approached the gate, a horn went off and people came rushing to the gate from several locations.

To put it simply, these protestors are dug in and expecting a confrontation. 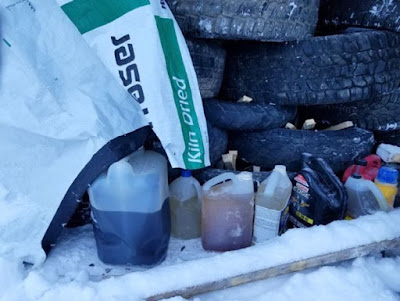 About 4 years ago, there was an incident. A couple of hunters returning late at night decided to do the wrong thing. They tried to light the previous wooden blockade on fire (it has since been replaced with a metal gate. They then drove off. A protestor ran out of the building and fired off a gun. This was a very dangerous situation and certainly not “peaceful”.

All of this information has been collected and documented over the years, and I suspect will come out as evidence should a future court proceeding be required.

As for the resolution to the blockade, I hope the rule of Canadian law will be respected and that Coastal GasLink can get back to building this nation building project, and all of the benefits that come with it.