BOWINN MA -- The first round of reforms took effect last year, when we sought to stop the ICBC's financial bleeding, and they've worked 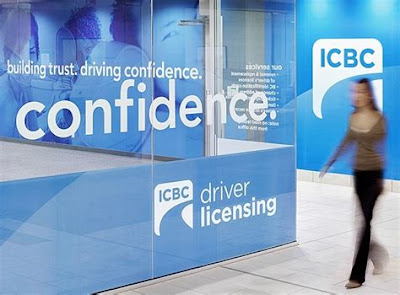 Major reforms to ICBC were announced earlier this month that will improve coverage and reduce rates for people by removing legal costs from the system.

The first round of reforms took effect last year, when we sought to stop the ICBC's financial bleeding, and they've worked.

For the first time in a decade, the rate increase for basic insurance in 2020 will be 0% because ICBC’s finances are now back on track.

The second round of reforms announced earlier this month will bring in the Enhanced Care Model, vastly improving coverage while reducing insurance rates by removing legal costs from the system.

Insurance premiums are expected to drop by approximately 20% ($400) on average, with young drivers benefiting even more from the reforms, bringing our rates down below provinces like Alberta and in line with provinces like Manitoba and Saskatchewan.

We will be able to do this while providing enhanced care to those involved in a collision.

The people of British Columbia have been through a lot with the previous government’s mismanagement of ICBC, but we are turning it around with your help.

Thank you for trusting us through the first round of reforms, and I look forward to you benefiting from the second round, as we work hard to make public insurance work for people again.


Serving as the MLA for North Vancouver-Lonsdale since May 2017, Bowinn Ma is also a licensed Professional Engineer and certified Project Management Professional. As an MLA, Bowinn is particularly active on the issues of housing, transportation, child care, and climate action.