KING – You made a choice to break the law and, as such, you are eligible for all the consequences that breaking the law entails 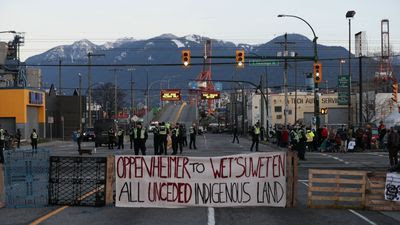 There seems to be a lot of confusion online about whether recent protests are illegal or legal.

But that doesn't mean that all protest is legal. Should you choose to break the law while protesting you have broken the law.

Let’s use an exaggeration to make my point.

Were I to hit a gentleman over the head with a ball peen hammer, and claim it is a protected form of protest, the police and the courts would make short work of my claims; I would go to prison.

There are two clear forms of protest:

In the former you follow the laws. You stay on public lands not harming others and make you case heard. That is a legal protest fully protected under our laws

If you commit civil disobedience, there is a reasonable chance in this day and age that the police will simply wait you out and will not charge you -- but that doesn't mean you haven't broken the law. You are still eligible for arrest and fines and …

Complaining that you don't want to be arrested is not really an option. You made a choice to break the law and, as such, you are eligible for all the consequences that breaking the law entails. 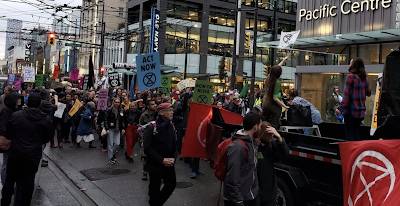 If you don't want to risk arrest, and charges, stick to uncivil obedience.

So, folks stop with this vacuous "protest is legal" thing you keep posting everywhere.

Do the former you are fine, do the latter, and you have no right or justification to complain.

Blair King is a Professional Chemist and a resident of the Township of Langley, British Columbia. He is a husband, the father of three great kids, and is, as he says, ‘trying to make a better world for his kids’.

I have come to recognize that a lot of important decisions are being made by people who lack the basic understanding of science to make informed decisions. My fear is that we continue to waste our moral and financial capital, on emotionally-charged and scientifically-indefensible projects, leaving us without anything to spend when it comes to making real changes that can make tangible improvements locally, regionally and nationally.

‘Pragmatic and details-oriented because facts matter in this field’

Blair blogs at A Chemist in Langley.