We are once again witnessing a government that does not listen to the people; saying it is, does not make it so


On the eve of tomorrows Annual General Meeting in Abbotsford, BC Conservatives say we are once again witnessing a government that does not listen to the people.

“Simply saying it is, does not make it so”, BC Conservative leader Trevor Bolin stated, just before boarding a late afternoon plane out of the Peace River country, bound for Abbotsford.

“Our current NDP government, led by Premier John Horgan, must truly believe that they’re doing a great job because that it’s all we see in current press releases, and media stories”.

The Conservative leader continued, “This Premier promised consultation with local communities, and British Columbians, over hot topic items such as the Caribou habitat, and park areas, in Northern BC”.

“He went so far as to appoint former South Peace MLA Blair Lekstrom as a liaison in the Peace River area, to help in creating a Caribou rescue plan; then just three weeks ago Lekstrom publicly denounced the process, informing those he was appointed to represent, that none of his suggestions were recognized by the Premier”.

According to the BC Conservatives, a government media release today was filled with comments about public consultation, working with communities affected, and making this about benefits to British Columbians. 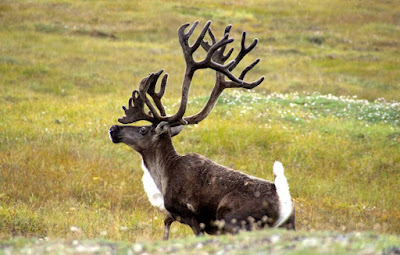 “Here’s what they told us”, said Bolin.  “They said they had achieved an ‘historic agreement that strives to protect southern mountain caribou in northeastern B.C., while considering the social and economic well-being of communities and stakeholders in the region’”.

Given the resignation of Lekstrom, and his recent comments, it appears that is not the case, as the BC Conservatives leader, Trevor Bolin, concluded with this statement;

“We are all British Columbians and we all deserve a Government that listens, cares, and acts for the best interest of its people”.

BC Conservatives will meet tomorrow in Abbotsford, for their Annual General Meeting.  It gets underway at 9am, at The Rancho, on Delair Road.