FELDSTED -- We are currently funding the legal costs of reconciliation, but in an atmosphere of distrust and suspicion that cannot be allowed to continue 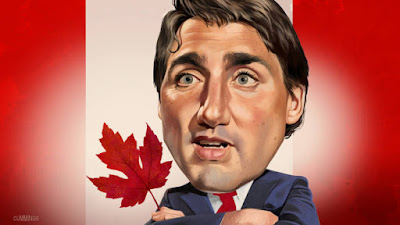 The government (of Justin Trudeau) has squandered its credibility and cannot recover.

The Reconciliation Panel must have the power to fund legal assistance to indigenous representatives to ensure a level playing field in reconciliation negotiations.

Funding the legal representation for indigenous groups to create a lasting peace and a way forward for all people is a small price to pay.

We are currently funding those legal costs, but in an atmosphere of distrust and suspicion that cannot be allowed to continue. Indigenous and non-indigenous people have lost faith in the ability of this government to deal with reconciliation.


Cancelling his trip to the Caribbean now, to come home to call a meeting on how to deal with indigenous protests, is too little and too late for anyone to believe that he is committed to action on reconciliation


Mishandling of the indigenous file warrants a non-confidence vote in Parliament. We can force an election and starting a healing process.

The road and rail blockades were important enough to warrant the return of Prime Minister Justin Trudeau, and a clear plan to deal with social anarchy. Sending Cabinet Ministers off to parlay with indigenous radicals, instead of taking action to restore order, is a signal that this government does not take maintaining order and peace seriously.

This Prime Minister and government can be replaced with representatives who care more about our future than virtue signalling and preening on the international stage. The PM’s quest for international recognition has gone too far.

Cancelling his trip to the Caribbean now, to come home to call a meeting on how to deal with indigenous protests, is too little and too late for anyone to believe that he is committed to action on reconciliation.

Indigenous activists have called out the Prime Minister. Perhaps he will not fold up like a cardboard suitcase in a rainstorm but early indications are that he will.