PECKFORD -- At least the protesters think they have a cause - what is Justin Trudeau’s cause?


Pipeline Protester to Trudeau ... If You Can Break the Law for The Sixth Time ... I just made that up. But can you see that being said? 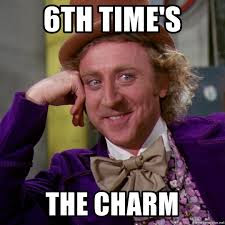 The Press reported yesterday (could not find it on CBC online this morning) that our dear Princeling has once again broken our laws. This is the sixth time since he became Prime Minister.

Can you believe this???

One would think (at least most of us) that after being found guilty five times of breaking our laws he would learn and ensure that it would never happen again.

This time he did not file the necessary information to the Ethics Commissioner in the time frame allowed by law following an election.

At least the protesters think they have a cause! What is Justin Trudeau’s cause?

Vacationing with wealthy friends who are seeking money from his Government?

Trying to protect a company that has been banned for ten years by the World Bank?

Traveling around Africa spending millions of dollars to get a 2-year stint at the UN Security Council?

What message does this send to our law students? To students in general?

To the rest of us?

Does it say Canada has one set of laws for Prime Minister Justin Trudeau, and another for the rest of us?
From Canadian Press

‘OTTAWA — Prime Minister Justin Trudeau has run afoul of federal ethics rules yet again — this time missing the deadline for filing a financial disclosure statement with the ethics commissioner.

Every MP is required to file a disclosure statement within 60 days of his or her election being published in the Canada Gazette; in Trudeau’s case, the deadline was Jan. 13.’