As a father of two children in elementary and middle school, childcare has been a constant concern for our family over the last decade.

Like many of my peers, balancing the demands of work and family is difficult and requires many sacrifices.

In addition to increasing cost of living – housing, food, transportation, clothing, hydro etc. – the cost of childcare and lack of spaces has been a growing challenge for young families. As a result, childcare was a primary issue for voters and political parties during the 2017 election.

That is why the BC Green Caucus made sure that increasing access to childcare is a priority in the Confidence and Supply Agreement with the BC NDP.

My colleague Sonia Furstenau has worked closely with the Minister of State for Child Care, Hon. Katrina Chen. Although we have differing opinions on how to deliver childcare programming, we agree that action must be taken to relieve the pressure on families. The lack of childcare has an impact on productivity of working people and threatens the safety of our children.

There has been substantial progress and we have accomplished a lot together. Sonia and the Minister have worked closely together, complimenting each other well. Building a public child care / early childhood education (ECE) system in BC is complex and will take time. There is still a lot of room for improvement and we will continue to lean in to make the system even better.

I’m thankful for the investments in the access to childcare in Saanich North and the Islands. I’m thrilled that the provincial government has invested in 74 new spots at the LuLu’s Kids Corporation. The province has invested in 90 spots in Sidney through the Childcare BC New Spaces Fund since Budget 2018.

At the same time there have been challenges with other childcare services.

This past December parents were left scrambling to find after-school care for their children who were part of Beacon Community Service’s Nature Club program after they lost access to their facility at a local church. It’s a key indication that we still have a long way to go.

There are a few key distinctions in our approach from the BC NDP, and these are areas that we continue to seek change. 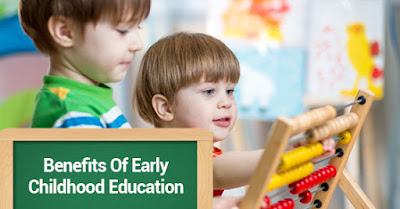 We consistently push to shift the government’s emphasis from basic child care to high quality early childhood education opportunities for all children. Another key change we would like to see is the Ministry of State for Child Care moved from the Ministry of Children and Family Development to the Ministry of Education.

We believe that early childhood education should be part of a continuum of life-long learning.

I appreciate our collective efforts to increase the availability of childcare spaces for families in our riding. I welcome the investments to expand services. However, there is some critical work yet to accomplish to remove obstacles for families in Saanich North and the Islands and across the province.

The B.C. Green Caucus is committed to continuing to work with the BC NDP government to improve child care and support B.C. families.

Adam Olsen (SȾHENEP) loves his job as the Member of the Legislative Assembly (MLA) for Saanich North and the Islands; he was first elected in May 2017.  Currently, he is the Interim Leader of the BC Green Party.

PLEASE NOTE ... for those living in the area:

The Union of BC Municipalities has provided funding to six municipalities in the Capital Region, including the three on the Saanich Peninsula (Central Saanich, North Saanich and Sidney) to complete a community child care inventory and gap analysis. This information will be incredibly important in understanding the needs on the Saanich Peninsula so we can better target provincial investments.

The District of Central Saanich is hosting a drop-in open house at the Central Saanich Cultural Centre (Room A) in Brentwood Bay (1209 Clarke Road) on Saturday February 29 from 10:00am -12:00pm. I hope you can attend.

Click here to find out more information about the project.