TREVOR BOLIN -- We’ll be doing the real work needed to build a united province; one in which all British Columbians will be able to stand proud 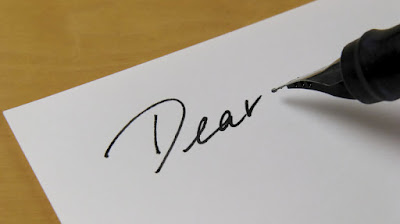 As I sit here on Family Day spending the day with my boys, (who are growing up far too fast), I can’t help but think of the negative impacts tomorrow’s lacklustre budget will have on our children’s and grandchildren’s future.

When John Horgan was named Premier of British Columbia, a year before I was elected the Leader of BC’s Conservatives, I wrote him a letter.

This letter never received a reply, and was likely unread, but it has brought us to where we are today.

I shared with the Premier what a bright future for British Columbia could look like, and the steps that needed to be taken to enhance her people’s lives.

The message was simple, balanced, and provided a way to govern a vastly diverse province; one in which no family, and no British Columbian gets forgotten.

Last week we witnessed both Premier Horgan and Prime Minister Trudeau allow small interest groups to block roads, bridges, railways and government buildings -- all owned by the people -- and render them useless with no repercussions, or regard for the law of the land.

This is costing hard working British Columbians, all Canadians in fact, money, time and energy; this while our elected governments do nothing.

During this same time, economists devastatingly downgraded the growth for British Columbia in 2020.  With so much attention being given to the protests, this critically bad news has gone unnoticed by the media.

Premier Horgan, now is the time to focus on building the economy; working with BC’s industry partners and businesses to create jobs.

Work with forestry companies to re open mills and let people provide for their families once again.  Promote the world class ports of this great province for exports of not only grain, coal and current propane, but also enhanced LNG efforts.

Remove red tape for BC propane export expansions, and work with the world leading forestry companies for port to port international shipping.

The benefits of these job creating, GDP exploding, projects will enhance lives for every British Columbian.

This will allow for more attainable housing, more health care and hospitals, better roads and bridges, safer communities, and set the course of a provincial economy our kids deserve to inherit.

British Columbia has a unique opportunity to be a world leader in sustainable resource extraction and exportation, and British Columbians deserve a government that will champion what makes us unique, resilient and proud.

If these recent protests and blockades have taught us anything, it’s that as a province and a nation, we have failed in the education of our natural resources. 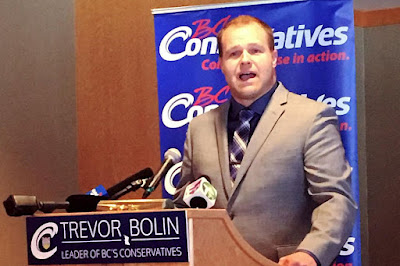 The BC Conservatives are just days away from our Annual General Meeting, in the gorgeous city of Abbotsford.

I do not expect that Premier John Horgan will follow my advice ... which is why the focus at our AGM will be on policies and platforms that will make the lives of British Columbians better.

We’ll be doing the real work needed to build a united province; one in which all British Columbians will be able to stand proud.

Trevor Bolin is the leader of the Conservative Party of BC