Over the past few years, I’ve been mulling the difference between politics and governance. If you have been at one of my public presentations, then you’ve likely heard me working this topic over. It’s also appeared in various forms in my blog as well.

As we stumble through this federal election, we see the politics on full display. The discourse of our elections should be about how those who are lucky enough to be elected will govern.

Elections bring out the worst aspects of the conflict in our system of governance.

I have argued in past posts that the conflict between political parties produces tension, and the tension in a minority government like we have in British Columbia, serves the public interest. Tension is an important part of governance. However, the conflict of partisan politics can also have the undesirable effect of frustrating citizens and discouraging them from engaging.

The public’s opinion of politicians bottoms out.

Suppressing the vote
This is unfortunate for the quality of our governance and the integrity of our democracy but it is the deliberate strategy of political parties. With so many unknowns in an election, backroom operatives try to minimize as many unknowns as possible.

In this reality, political parties intentionally use conflict to frustrate voters and suppress their desire to participate. The strategy is to identify your supporters and target them to get out to vote. 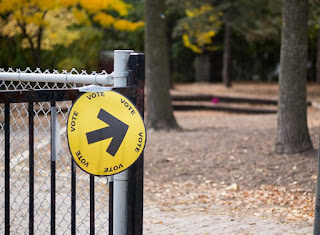 Increasingly, politics is shifting more toward the second half of the definition than the first. The focus is on the conflict between political parties rather than governing a country or area.

Good governance requires only a little politics. That’s back to the tension between government and opposition that I mentioned earlier. It requires the right balance to be achieved -- and all the parties’ focus to be on the best outcomes for the country or jurisdiction. If the only thing the politicians and parties are focused on is gaining or maintaining power, then governance falls victim to politics.

As the days pass in this federal election, I hope they focus far more on governing our country, than they have in the first week.

As an MLA I write this as much to highlight my experience in governance thus far, as I do a reminder to myself to not get sucked into the politics, rather focus on good governance. And, in my campaigns always work to inspire voters and get as many people out to vote as possible. I'll write more on this in a future post.