FELDSTED -- Merging the Privy Council and Cabinet, as well as the Attorney General and Minister of Justice may be expedient for governments -- but is unethical 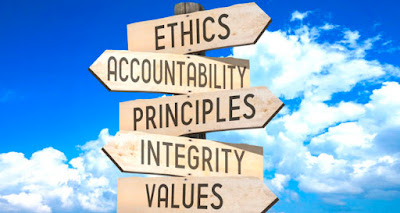 Faced with questions about obstructing the RCMP from investigating his own office, Justin Trudeau stood smiling before the cameras and tried to hide behind the facade of the civil service  -- Brian Lilley, Toronto Sun

There are very good reasons for this.

In 1940, the Prime Minister was William Lyon Mackenzie King. He faced unusual circumstances in that Canada was at war. In January, the Clerk of the Privy Council retired after serving in various government positions for over 40 years. In February, the Governor General suffered a heart attack and died weeks thereafter.

King resented the power of the Governor General. In 1926 King had presided over a minority government and asked Governor General Lord Julian Byng to dissolve parliament and call a general election. Byng refused and asked Conservative leader Arthur Meighen, who had the largest number of seats, to form a new government. King was outraged.

King saw an opportunity and combined the positions of Clerk of the Privy Council and Clerk of the Cabinet into one position reporting to the Prime Minister. He did this through an Order in Council which ordinarily requires the signature of the Head of State to take effect, but the Governor General was deceased, so validity of the Order is in question.

There are different levels of confidentiality between the Privy Council and Cabinet.

In times of crisis or catastrophe, the Governor General can convene a meeting of the Privy Council which includes former party leaders and ministers to provide advice on action. The GG can arrange to have current opposition party leaders briefed on the circumstances the government faces.

The same rule applies to the offices of the Attorney General and Minister of Justice.

The position of the Attorney General must be politically neutral; administration of justice cannot be otherwise. The Minister of Justice is a member of the government and acts accordingly. One person cannot hold both positions without a conflict of interests.

Merging the Privy Council and Cabinet, as well as the Attorney General and Minister of Justice may be expedient for governments -- but is unethical. This is not just a Trudeau problem; it has existed for nearly 80 years. It is only during scandal that these issues arise and require examination of how we can avoid recurrence.

The SNC-Lavalin affair is a perfect example of where the ethics (or lack thereof) of the attorney general and privy council are brought into sharp focus.