FRASER INSTITUTE: The total assessed value of Westbank First Nations lands (Indian Reserves 9 and 10 within the city of West Kelowna) rose more than 600% after inflation from 2005 to 2019 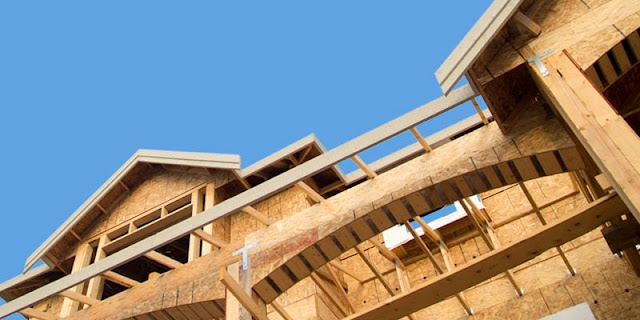 First Nations people living on Indian reserves are the most disadvantaged segment of Canada’s Indigenous population. Yet the situation is not all bleak because some First Nations are finding a path toward prosperity. Scholars, like journalists, often focus on bad news, but we should also study the good news to see what can be learned from successful First Nations.

Westbank First Nation, located in British Columbia on the west side of Okanagan Lake opposite Kelowna, is a highly successful First Nation, and its achievements offer important lessons to other First Nations as well as to Canadian policy makers.

Westbank First Nation (WFN) has combined individual property rights, in the form of certificates of possession (CPs), with a system of government enabling these rights to become useful in the economy. The lesson is that neither property rights nor government can succeed on their own, but the two together can become a powerful engine of wealth creation.

To be most effective, property rights must be supported by a government that defines and records these rights, enforces them impartially under the rule of law, and supports owners with services and utilities such as roadways, police and fire protection, water and sewerage, and other amenities required to make property development attractive.

Westbank First Nations success is a story of incremental learning. As reserve land started to acquire potential economic value in the 1960s, members obtained certificates of possession and used them to grant leases for trailer parks. The WFN government also created a housing estate from community land. But governmental institutions were weak, and economic development led to internal conflict, with many charges of secrecy and favouritism.

The Hall Commission, appointed in 1986, set the Westbank First Nation on the path of governmental reform. The end result was a self-government agreement with Canada enacted by federal legislation in 2005.

Westbank First Nations constitution has made its government open and accountable, with positive effects upon the real-estate market. 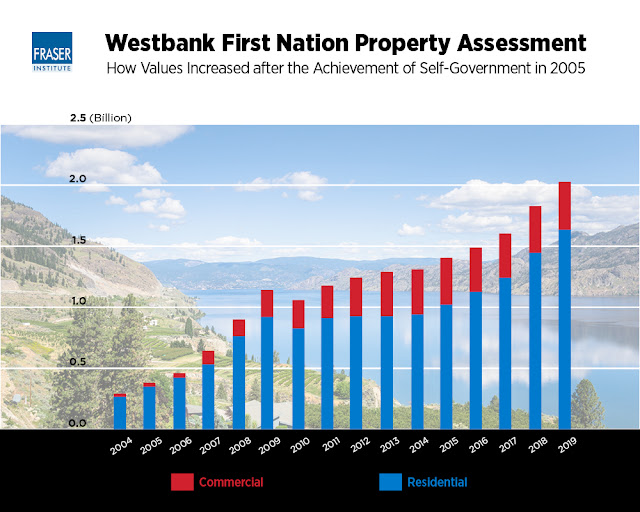 The total assessed value of WFN lands (Indian Reserves 9 and 10 within the city of West Kelowna) rose more than 600% after inflation from 2005 to 2019. Most of that value has been created by holders of CPs (now known as allotments) leasing their lands for residential development, while the WFN government has also leased community land for commercial projects such as shopping centres.

Leases are typically for 99 years or even longer, giving lessees something close to the certainty of fee-simple ownership. Tenants who are not WFN members do not have the right to vote for Chief and Council, but they are consulted through a residents’ advisory council that they do elect.

Property taxes are assessed according to British Columbia standards in consultation with the First Nations Tax Commission. Thus, tenants are not subjected to the sudden and arbitrary tax increases that have sometimes occurred on First Nation lands elsewhere.

The Westbank First Nation government has also engaged in other business investments, with varying degrees of success.

Although some have prospered, there were two notable setbacks: investment in the Northland Bank, which went bankrupt in 1985; and the costly failure of a proposal to build a medical clinic, which led to the defeat of the incumbent chief in 2016.

Learning from experience, WFN has reorganized its business ventures to take investment decisions away from Chief and Council and place them in the hands of a more independent board—a step towards best practice for government-owned enterprises.

It is sometimes mistakenly asserted that First Nations are inherently collectivist and have no conception of private property. The history of Westbank First Nation shows otherwise.

The members of Westbank First Nation have embraced private property in the forms of allotments (CPs) and supporting mechanisms such as leases, mortgages, contracts, and property tax. The result is a thriving real-estate economy that provides benefits both for WFN members, and the far more numerous non-members who now live on Westbank First Nation lands.

It is a win-win situation, in which First Nation prosperity through economic participation also benefits the larger society.

About the author:
Tom Flanagan is a Professor Emeritus of Political Science and Distinguished Fellow, School of Public Policy, University of Calgary