ALBERTA’S GETTING IT RIGHT … residents in troubled BC neighbourhoods should demand the same protections, sooner, rather than later


Alberta Sheriffs recently shut down a house that had been a source of drug activity and ongoing problems for residents of a Calgary neighbourhood.


That provinces Safer Communities and Neighbourhoods (SCAN) unit obtained a court order giving investigators the authority to close the house for 90 days … and to also impose strict conditions on the property’s use for the next five years.


Crews boarded up the house, changed the locks, and erected a fence around the property to bar the owner and any occupants from entering for 90 days


“Our government is committed to using all means at our disposal to investigate, disrupt and dismantle criminal activity that endangers people in our communities. We value and have the utmost appreciation for the SCAN unit and its tireless work in ensuring Albertans are safe, secure and protected.”, stated Minister of Justice and Solicitor General Doug Schweitzer.


After the closure ends on Dec. 16, 2019, the order forbids the property owner from having any visitors or tenants for five years without prior approval from SCAN investigators. 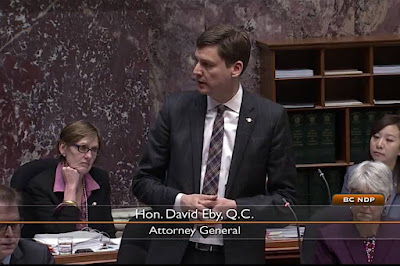 Two days later the Safer Communities and Neighbourhoods (SCAN) unit had obtained court orders authorizing them to close and board up another home in Southeast Calgary ... and one more in Edmonton.


In neighbourhoods across BC, the same issues and problems see city police forces responding to calls, from in many times terrified neighbours, regarding abandoned homes being used as crack and drug houses ... and rental properties seeing a parade of people coming and going as a full-scale business of buying and selling drugs takes place ... and in other instance prostitution.  Unsightly conditions are imposed on neighbours, and in many cases discarded needles litter the areas.  In responding to calls, many time caches of weapons are also found on premises.


A check with the BC Attorney Generals ministry, headed up by David Eby, regarding Alberta’s process at handling this issue was not at all helpful.  When I asked, his ministry about Alberta’s SCAN program, and if something similar is being looked at for BC, I was told:

“The government is aware of legislation in other provinces and is currently working on something for BC”.


A follow-up asking if there was any chance of a brief comment from the Minister, or a Ministry spokesperson, regarding an understanding of what residents in troubled neighbourhoods are going through resulted in:


Those in the Public Safety and Solicitor Generals office were more helpful however, after I discovered a little reported government media release (04/04/19), regarding BC’s Community Safety Act of 2013.  The release detailed that amendments, and the implementation of the act, would:


... enable anyone to submit a confidential complaint to a provincial government unit that will enforce the act. As appropriate, this unit will investigate, collaborate with property owners and take escalating steps – up to ending tenancy agreements or closing a property for up to 90 days. This will help prevent changes in tenancy from allowing criminal activity to persist at a particular location.


It went on to state .... specified nuisance or criminal activities include drug production and trafficking, possession of illegal firearms or explosives, after-hours sales of liquor, providing liquor or drugs to minors.

“People living near 'crack shacks' and other dangerous nuisance properties have been waiting more than half a decade for this law to actually help them,” said Farnworth on April 4th.

“We’ve moved quickly to modernize the act to address the current realities of organized crime in B.C., and to ensure that it’s fair, efficient and minimizes administrative burden.”


Not soon enough however, I believe.


Residents in troubled BC neighbourhoods should demand the same protections, sooner, rather than later, as those who live in five other provinces and one territory who already have similar laws in place – including our neighbours in Alberta.


The Community Safety Amendment Act (Bill 13) was introduced to the legislature in Victoria on April 4th, and four weeks later (May 1st) it passed second reading.  The committee stage debate for Bill 13 was delayed however, until the Fall – this to allow for additional consultations.

I asked if these consultations were taking place with community groups, civic leaders, police services, those who are dealing with individuals suffering from addictions issues ... and if there been any consultations between the BC and Alberta governments on best practices to deal with this issue?


A quick reply back from the Public Safety and Solicitor Generals office indicated ... the information is in the process of being compiled and completed prior to the House sitting in October.


In a May 23rd news story in the Vancouver Courier, the government was told it should ... scrap its proposed Community Safety Amendment Act (Bill 13) as it is harmful to marginalized members of society ... this from a coalition of civil society, faith, women’s,  and aboriginal groups.


Those signing the letter went on to say they were ... “deeply troubled” by the legislation, which they say would allow neighbours to report suspicions about other neighbours possibly engaged in anti-social or criminal activities, triggering a process that could result in court-ordered evictions.


How much will those concerns impact, if at all, the process to amend the act?


I for one think there should definitely be concern due to those eight little words I highlighted in the May 23rd letter ... it is harmful to marginalized members of society.


Good laws should never be based on anyone’s race, colour, sexuality, or creed ... that is, as far as I know, still a foundational part of our human rights isn’t it?


Indeed, it is, but just last week the BC government threw out sections of the Child and Community Service Act – sections which stated in no uncertain terms that the safety and well-being of newborns, children and youth was paramount.


“Effective immediately, British Columbia is ending the child welfare practice known as hospital or birth alerts. Used in hospitals for decades in B.C. and in other provinces and territories, these alerts are issued, without the consent of the expectant parents, where there is a potential safety risk to infants at birth.”

“We know that birth alerts have been primarily issued for marginalized women and, disproportionately, Indigenous women. We acknowledge the trauma women experience when they become aware that a birth alert has been issued.”


As I stated in a commentary a few days later, the Act, “clearly states it must be interpreted and administered so that the safety and well-being of children are the paramount considerations -- and in accordance with clearly laid out principles ...”


The government no longer appears to understand that the Child and Community Service Act conveys the fact people are obligated by law to report instances where the safety of newborns, children, and youth can be called into question -- that because some of those impacted may be ‘marginalized’. 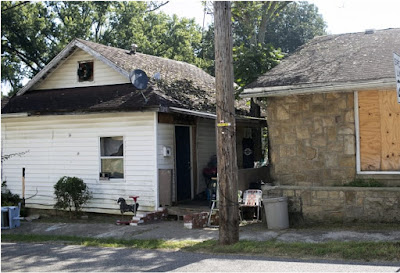 Will changes being looked at to the Community Safety Act also be qualified for those who may be ‘marginalized’ as well?


I noted above the words of Public Safety and Solicitor General Mike Farnworth; “People living near 'crack shacks' and other dangerous nuisance properties have been waiting more than half a decade for this law to actually help them”


The people living in neighbourhood and communities being impacted by negative activities taking place around them – and where they have very real safety concerns for themselves and their children – do indeed want help.


I am also sure they want those who will be making changes to BC’s Community Safety Act, to implement those changes with no other consideration other than creating a law that will indeed, as Farnworth said, ‘actually help them’.